Others thought it was a good idea:

END_OF_DOCUMENT_TOKEN_TO_BE_REPLACED

Caterpillar calls for release of execs held hostage in France

[cnn-photo-caption image= http://i2.cdn.turner.com/cnn/2009/images/03/31/art_cat.jpg caption= "Caterpillar's French staff say they are angry about a lack of negotiations over layoffs."]

Caterpillar officials are calling for the release of a group of company executives being held hostage at a plant in Grenoble, France, by hundreds of workers angry about proposed lay-offs.

“The actions that are taking place today, led by a small minority of individuals, are not helping as we work for a positive resolution of this situation,” Chris Schena, Caterpillar vice president with responsibility for manufacturing operations in Europe, said in the statement released by the company Tuesday afternoon.

Caterpillar, a U.S.-based construction equipment company, would not provide the names or nationalities of the executives being held in Grenoble.

Jim Dugan, the company’s chief corporate spokesperson, told CNN that a “handful” of employees were being detained at the plant.

Police arrived at the scene two hours after the incident began on Tuesday but had not succeeded in getting the situation under control.

END_OF_DOCUMENT_TOKEN_TO_BE_REPLACED 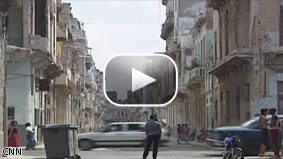 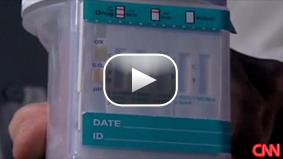