Commentary: "We owe you more" 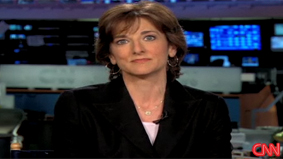 Schlesinger appeared on today's American Morning to discuss the economic issues of the day.

I appeared on CNN's "American Morning" at 7:30 am today, ostensibly to provide commentary about the payment by beleaguered insurance giant AIG of $165 million in bonuses for last year. The interview turned into a brawl as the other guest vilified me and all of Wall Street for the AIG bonuses – in his mind, the compensation issue was in fact the root of the whole financial crisis. I did not get the opportunity to talk about what is missing from that analysis.

I came off the set thinking that we owe you more than a divisive, populist shouting match. Analysts, broadcasters and journalists of varied stripes owe you the nuance of the story, not just the headlines. We need to find the space between the poles that divide us so that we can discuss and understand the grey areas of this complicated and important subject – that is where the truly important policy decisions lie and where the impact on our economic future can be found. So here is the grey area surrounding the AIG bonus/Wall Street compensation story that I was not given the chance to articulate this morning.

As the financial crisis has unfolded, it is understandable that we seek to lay blame-that's human nature. Let me plainly state that every financial crash needs a number of willing participants-this crisis is no different:

· Boards of these firms rubber-stamped compensation packages that were astronomical and didn't appear to understand that risks that underlie returns;

· Shareholders allowed board directors to keep their posts because the companies were making too much money to make waves;

· Lenders and borrowers alike got caught up in the booming housing cycle and lost their heads;

· Lawmakers on both sides of the aisle were unwilling to act like adults;

· The Clinton and Bush administrations were huge fans of deregulation that helped augment the bubble's progress;

· Regulators were too lax in their enforcement activities, as they usually are during raging bull markets;

· The Federal Reserve under Alan Greenspan maintained a low interest rate policy for too long; and

· Too many Americans forgot the simple rules that we learned from our parents: don't spend more money than you earn, and save a little bit from every paycheck.

With that said, let's get on to the matter at hand: the structure of compensation in the financial services industry. To understand this area, you need to accept that these people earn a TON-precisely because over the past umpteen years, they have been extremely profitable and have been in the business of making what everyone wants: money. Most Wall Street firms started as partnerships, where a bunch of guys took very low salaries, pooled their money, invested it or advised others, and hopefully at the end of the year, there were profits to split and those profits were called bonuses. That structure worked well in its day, but probably stayed in place too long and needs to be updated, but it is still the norm on Wall Street.

Here is an example of how the system works today. "Jennifer" is an employee of ABC Securities. When she was hired, she was told that her "total comp" would be $300,000, comprised of a $100,000 base salary and up to $200,000 of cash and stock "bonus" that is discretionary based on her performance. Jennifer's bonus was not intended to be subject to the profitability of the firm, because that is not how the deal was structured. Yes, the second part of her pay is discretionary, but in most years, as long as Jennifer performed her job and her business unit did its job, she would earn $300,000. In that sense, the term "bonus" is a misnomer-it should really be called deferred compensation that most employees use to manage their own financial lives. And in fact, many Wall Street employees took large cuts to their total income last year due to the terrible conditions that existed at most firms.

There is a big difference between these discretionary bonuses and the AIG situation. The AIG $165 million represents legacy "bonuses" that the company was contractually obligated to pay. Yes, I know that it seems unfair that we taxpayers are making these payments, but when the government forked over the fist bunch of money to AIG last fall, there were no compensation strings attached. I think that the rationale behind that decision was two-fold: (1) the severity of what we were facing was so acute that some details were simply not covered, and (2) the government was concerned that the new management of AIG be able to retain a core of their best people to help wind down some of the most dangerous aspects of the business. (Remember, this was a mere fraction of the total amount AIG received – the real issue is where did all the rest of the money go, which a totally different conversation.) Without a guarantee, many would have fled the toxic environment and left AIG in an even deeper hole.

This is but one small aspect of the crisis and yet it is so easy to scapegoat "greedy Wall Street" as the cause of all of our financial woes. Focusing on the bonus issues – while playing to the real anger that exists out there – diverts attention from the bigger issues and makes this about class warfare and not about basic good governance and risk controls – whether in the administration and oversight of TARP funds or the regular conduct of AIG's and other recipients' business. The more sophisticated approach demands that we assemble the facts and accept that the there is no one person, institution or class of people that is responsible for the mess. We got into this together and we will emerge from it together. So let's stop shouting and start talking like responsible adults-we owe it to one another.

The opinions expressed in this commentary are solely those of Jill Schlesinger.