Here’s your daily recap of the best feedback we got from YOU on the blog, Facebook, Twitter, and Email.

And new today: your voice comments! Call 1-877-MY-AM-FIX to leave us a comment/question. We will play some of them on-air and post others right here!

Continue the conversation below. And remember, keep it brief, and keep it clean. Thanks!

American Morning viewers were on the war path for AIG executives’ heads. Questions continued from viewers who remained perplexed by the idea that the company is too big to fail:

END_OF_DOCUMENT_TOKEN_TO_BE_REPLACED

Gotta love the subtlety of today's New York Post Headline. NOT SO FAST YOU GREEDY BASTARDS it blared this morning regarding AIG bonuses. Perhaps harsh, but the sentiment certainly in line with what many of our American Morning viewers had to say about AIG and the bank bailouts.

You guys again weighed in in record numbers on our show hotline 1-877-MYAMFIX, our blog cnn.com/amfix and Twitter about AIG and the bank bailouts.

But it wasn't only AIG that had people fired up.

The other big question we tried to answer for our viewers this morning - "Was our government also asleep at the switch in this situation?"

I questioned Congressman Barney Frank and John did the same with Senator Charles Grassley about Congress's role in approving bailout money without strings attached in terms of limiting bonuses and compensation for companies who would go belly up without our tax dollars. Watch if you missed it.

But it wasn't all gloomy on the economic front. As part of our special Road to Rescue coverage we also featured people finding creative ways to help themselves survive job losses and other setbacks.

We spoke with two former college roommates who created thecanned.com as a site to help themselves and others navigate the ins and outs of unemployment and job interviewing.

And we also spoke with Mark Heuer, who used his savings to rent a billboard with his face and email address. He said it led to several promising job offers.

In these tough times it's nice to know that the entrepreneurial spirit is alive and well. hopefully we can all draw a little inspiration from these stories.

What everyone is afraid to talk about: Retirement

Say the word “retirement” and you either get a lot of eye-rolling or looks of pained fear. But whether or not most of us can afford to retire is an open question these days. The median 401k balance is just $15,000, according to Congressional testimony from John Bogle, the mutual fund pioneer who started Vanguard mutual funds. Consider that the typical 401k saver is in their early 40s, the number is especially troubling. With a couple of decades until retirement, that $15,000 will grow to just $100,000 to $150,000 – not enough by most experts’ estimates to sustain them over the two decades or so they are likely to spend in retirement.

Experts who study 401ks say the time for reform of the retirement system is now. Among their suggestions: Curbing excessive fees that many savers don’t even know they are paying.

END_OF_DOCUMENT_TOKEN_TO_BE_REPLACED

What is shovel ready? 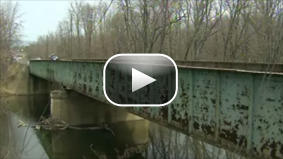 Shovel ready is the key when it comes to spending stimulus spending and jobs.

States are quickly assembling their construction wish lists. But it takes time to advertise for contractors, collect bids, check the numbers, pick a winner and get work underway.

A typical paving project - easy roadwork - takes close to three months from the time the money is approved to the arrival of work boots on the ground, according to the American Association of State Highway & Transportation Officials.

"It is not an instant process," says a spokesman. 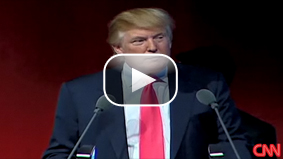 Donald Trump says he is unhappy about the failure of the Baja resort with his name on it.

We told you about this story on Monday.

Investors put hundreds of thousands into a pricey condo development in Mexico, using the Trump name. The project went bust and the investors say they lost all their money...

Donald Trump joined us with the other side of that story.

See Related:
What’s in a name? A lot when it’s a “Trump” property 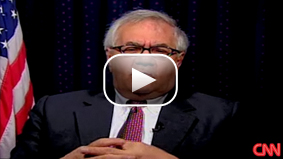 Rep. Barney Frank says he does not think AIG executives deserved their bonuses.

AIG's Edward Liddy is facing a potential firing squad on Capitol Hill today. The CEO who's been at the helm of AIG for the past 6 months will answer questions about the bonus outrage.