American Morning viewers eagerly expressed their opinions about President Obama’s second press conference in office. Most were very supportive of the president’s agenda, given his limited time in office:

Others expressed deep concern about the president’s proposed budget:

What are your thoughts on President Obama’s news conference? Do you think we’re headed in the right direction or are we on a course for disaster? Tell us your thoughts about the record budget.

END_OF_DOCUMENT_TOKEN_TO_BE_REPLACED

Thompson: I want some of Obama's policies to fail 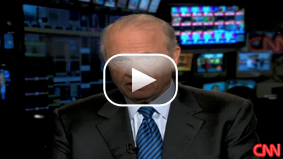 Fred Thompson tells CNN's John Roberts that he wants some of President Obama's policies to fail.

The President came into last night's news conference with the specific point that his giant budget plan is vital to fixing the economy.

And to his Republican critics he said, "Got any better ideas?"

Is Thompson right in wanting some of President Obama's policies to fail? Tell us what you think.

Bring on the budget!

We survived the TARP debate. Then the stimulus fight. Bring on the budget!

The political wrangling over the president's $3.6 trillion budget is set to explode this week on the Hill. The president is pitching the budget as an investment initiative, not a bunch of typical big government spending. He says investments in energy, healthcare, and education will seed a recovery and grow a more efficient economy. All the while, he promises, with an eye firmly on fiscal responsibility. He pledges to cut the budget deficit in half by 2013.

It'll be tough. His growth assumptions are slightly more optimistic than some economists. I asked noted economist (and AM regular) Jeff Sachs this morning about the president's statement in his press conference, that his budget's assumptions are "consistent with what blue-chip forecasters are saying."

"That's just wrong," Sachs said. Sachs and many others worry that a recovery when it comes will be weak. A UCLA Anderson School of Management survey released this morning is more pessimistic than the White House assumptions on unemployment (UCLA forecasts unemployment will hit 10.5% in the middle of 2010 and will still be above 9% in 2011, even as a recovery takes hold.)

END_OF_DOCUMENT_TOKEN_TO_BE_REPLACED 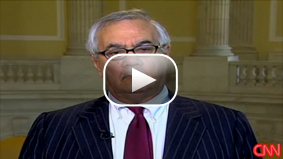 Congressman Barney Frank is taking some heat for referring to Supreme Court Justice Antonin Scalia as a "homophobe".

The Massachusetts congressman joined us live to defend his comments.

What do you think about Frank's comments? Is Justice Scalia a "homophobe" for his dissent of Lawrence v. Texas? 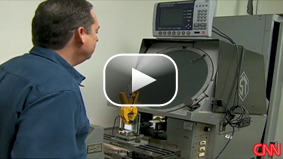 While some of Wall Street's richest are getting paid handsomely for their failures – many small business owners are making huge sacrifices – cutting their own salaries so they can keep others on the payroll.

What sacrifices are you making during this current economy? Share your story.

The New York Times: No. Washington Post: No. No. Ebony Magazine: Yes.

When the President was asked about the drug war in Mexico and homelessness, the questions didn't come from the mainstream media. And last night's news conference seems to indicate a trend for this president... reaching out to voters wherever they get their news.

A correspondent from Univision asked the President whether the drug cartel violence on the Mexican border posed a national security threat to the United States. The plight of the poor was raised by a correspondent with Ebony magazine. Spending on national defense and veterans care came up in a question from a correspondent with the military newspaper Stars and Stripes.

Political observers say this is a savvy way for the President to sell his message by going over the heads of the mainstream news media. Tomorrow, the President has plans to take questions on the economy directly from Americans on the White House web site.