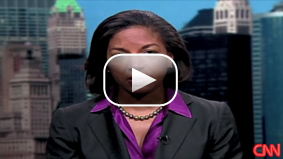 North Korea's controversial missile launch on Sunday sent the UN Security Council into an emergency session and President Obama was woken up at 4:30am with a phone call in Prague.

It's the President's first major international security dilemma. But even after hours UN officials left their late night meeting with no response.

What do you think? What steps should the United Nations take in response to North Korea's missile launch?

NY and NJ can expect the strongest winds since Superstorm Sandy from 3-6 pm today. twitter.com/earlystart/sta…
christineromans

5:14 am ET August 4, 2020 RETWEET
This is thoughtful, and important for journalists who work in commercial enterprises to read and consider twitter.com/arianapekary/s…
alivelshi

12:10 am ET August 4, 2020 RETWEET
RT @arianapekary: Some personal news: why I'm now leaving MSNBC It's not the optimal time for change but the time doesn't feel optional,…
alivelshi