Governor Palin was back in the spotlight on Tuesday, as American Morning viewers commented on “baby daddy” Levi Johnston. Some felt Governor Palin was out of place making comments about Levi. Others were angry that CNN wasn’t equally covering Vice Presidential children:

Was Governor Palin inappropriate for responding to Levi Johnson’s comments about her family? Did Levi inappropriately speak out about his relationship with Bristol Palin? How do you think his interview will affect Governor Palin’s chances for a Presidential run in the future? Tell us what you think.

Viewers were split on the “sexting” story, with some wondering if the phones could have limited technology to prevent such issues, and other wondering why the issue even existed, since stores have “advertisements of teens wearing underwear.”

Finally, the story of guns on campus had viewers questioning the issue. Others were more circumspect.

Are concealed guns on campus a good idea for protection? Are college students mature enough for such responsibility? Should there be laws requiring weapons training prior to purchase of a gun? Should guns be banned completely? Let us know how you feel about this issue and others here.

END_OF_DOCUMENT_TOKEN_TO_BE_REPLACED

Kiran after the show: A tribute to heroes

Hero. We use the word lightly at times. But today, I had the honor to meet many of them. It was a celebration of some brave women in our Armed Forces and the quiet, enduring support of civilians who help them.

It was an awards luncheon for the USO of Metropolitan New York.

They asked me to emcee the Woman of the Year awards at the Mandarin Oriental Hotel at the Time Warner Center in New York and I eagerly accepted.

At a time when many people around the nation are struggling in tough economic times, there's a tendency to turn inward... to worry about oneself and one's own family. And that's only natural. It can be hard when you are struggling yourself to look up and see the need of others around you as well. But that is what the members of our armed forces do everyday. They volunteer to fight their neighbor's fight, their country's fight, and to put their own lives and their families well-being at risk to serve a greater cause. That is a true hero. And that's what the USO does as well. It recognizes this sacrifice and tries to do all it can to ease the burden to provide support and comfort to the fighting men and women overseas and those who come home injured and in need.

END_OF_DOCUMENT_TOKEN_TO_BE_REPLACED

CNN's Deborah Feyerick reports on the trend of 'sexting' and how police are now getting involved.

A lot of teens think it's funny, a way to flirt or joke around with friends.

But sending and receiving naked images of children is illegal. And once that photo of your kid is out there it's virtually impossible to get it back.

What do you think? Should teenagers be prosecuted for "sexting?" 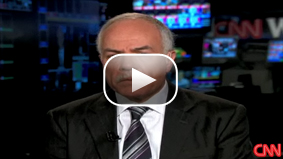 President Obama was in Turkey today. It was the last leg of his five-nation European tour and his first trip to a Muslim country since taking office. During the stop he sent a message to the world that the U.S. will never be at war with Islam.

“I am personally committed to a new chapter of American engagement. We can't afford to talk past one another, to focus only on our differences or to let the walls of mistrust go up around us.”

Kiran Chetry: In all, how was our president received in the muslim world?

Hisham Melhem: Well, judging by the positive headlines, by the live coverage that my network and others gave his speech yesterday in front of the Turkish parliament, the Muslim world likes what the president has been saying. Not only in Turkey, but since he was elected. And I think his words and, more importantly, his actions, have resonated positively throughout the Arab world and the Muslim world. People realize that there is a new tone, that there is a new content, that there is a new language. Gone are the combustible words that President Bush used to use like Islamo [sic] Fascism. Now the new president talks about engagement, he talks about partnership, he talks about respect, mutual interests. President Bush seemed to many Arabs and Muslims every time he talks to them as if he is talking down to them, as if he is lecturing them. This new president is trying to engage them as potential partners in the fight against the real enemy of the United States and the real enemy of these governments which is al Qaeda. The president doesn't talk about the war on terror in general because the war on terror is a war on a tactic. He has a well-defined enemy called al Qaeda. He doesn't clump like, President Bush, all Islamic groups. He focuses only on al Qaeda. All of these things, they are nuances and people recognizes nuances and they appreciate that.

END_OF_DOCUMENT_TOKEN_TO_BE_REPLACED 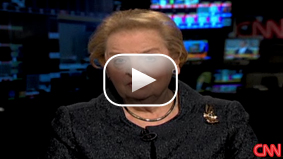 It's been three days since North Korea ignored the demands of the U.S. and its allies with a rocket launch.

The UN Security Council still has no official response, even after two days of closed-door meetings. We've also learned that a commercial satellite, owned by digital globe, apparently captured images of Sunday's launch.

What do you think? What actions should the UN Security Council take in response to North Korea's rocket launch? 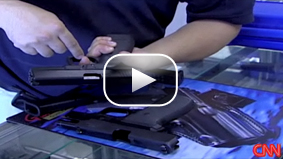 You'd think with a Democratic President and a Democratic Congress, gun control bills would be on their way to the White House for the president's signature.

But times have changed.

And so have Democrats on gun rights. As one southern Democrat recently said, the way the votes are shaping up these days, gun control is "dead on arrival" on Capitol Hill.

What do you think? Why is gun control receiving little attention from lawmakers despite mass shootings across the country?