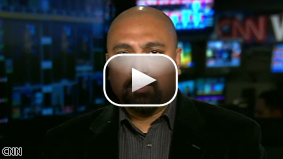 President Obama made his surprise visit to Iraq, he says, mainly to thank our troops for their service. Bobby Ghosh, Senior Editor at Time Magazine, thinks that the president's trip to Iraq sends the wrong message. He spoke to Kiran Chetry on CNN’s American Morning Wednesday.

Kiran Chetry: You wrote in your article, Baghdad was the wrong choice for Obama. Iraq is Bush’s war. Obama's main contribution to Iraq has been to criticize the war while on the campaign trail. So you believe that he really shouldn't have visited Iraq?

Chetry: A lot of the troops looked jubilant to see him, thrilled, some of them crying. Isn't it important for the Commander in Chief to visit a war zone and show support for the people who are actually serving and fighting to defend America?

Ghosh: Absolutely it is, but it's a question of picking which one you go to first. Stopping by Baghdad on the way back from Kabul would make eminent sense, but if Afghanistan is the war in which this administration is focusing its attention, its resources, its political capital, then that's the war that the president should have visited first. He's spent a lot of time in Europe trying to persuade the Europeans to ante up more in Afghanistan. He's trying to persuade the American public to be more patient in Afghanistan. Why wasn't he there?

Chetry: And explain for us why it sends such a message when the Commander in Chief visits a nation, especially a nation like Afghanistan where of course it's a difficult situation. We're certainly not at war with Afghanistan but that's where we're fighting and that's where he wants to move the central focus to target the Taliban and to target al Qaeda. Why is it so important to be in that nation?

Chetry: And you say that Afghanistan is Obama's war, much like Iraq was former President Bush’s war. How much of President Obama's legacy is now riding on this success of what happens in Afghanistan?

Ghosh: I think a great deal. He's taken ownership of it. He’s sending American troops into harm's way there. Throughout the election campaign when he was a candidate, he described that as the war that was critical now. He's just announced a major policy review in Afghanistan and Pakistan. His name is now inextricably linked to Afghanistan and Pakistan and what happens there will have a tremendous bearing on his legacy.

Chetry: It's also political charged to talk about the words “quagmire” and to compare Afghanistan to Vietnam, but some have done that and said that this is a no-win situation for the president. How does he sort of visualize an end game for when we get out of Afghanistan?

Ghosh: I think it'll be a while before there's any talk of an end game. There is some serious fighting to be done. I think we'll see a lot of it this summer and possibly in a couple of years, from a couple of years from now. General Petraeus is not using any language to suggest that he's got an end game in mind and I doubt we'll hear that from the president. I think everybody is hunkering down for a long and difficult fight.