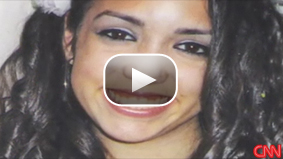 END_OF_DOCUMENT_TOKEN_TO_BE_REPLACED

At 10am ET President Obama and the First Family play host to some 30-thousand people for the traditional White House Easter egg roll on the south lawn.

A town full of Bernie Madoff victims is getting its day in court. Fairfield, Connecticut claims it lost tens of millions of dollars in employee pensions in his 65 billion dollar ponzi scheme. A judge will decide whether to lift the freeze on assets of investors who allegedly served as "feeder funds" for the scam.

At 1pm ET a life-line from the tax man. IRS Commissioner Douglas Shulman delivers a speech at the National Press Club highlighting the agency's new plan to help taxpayers in financial distress. It allows IRS employees to adjust or defer tax payments for people having trouble paying their taxes.

At 11:35am ET President Obama and Vice President Biden will speak at a Transportation Department event highlighting road and infrastructure projects funded by stimulus money. The focus is a 68-million-dollar project in economically-depressed Kalamazoo, Michigan.

Investigators in New Hampshire are sifting through the ashes and trying to determine what sparked a massive fire that burned through dozens of summer cottages at a christian center. High winds fanned the fire, which broke out yesterday. No one was injured.

Tonight the New York Mets christen their brand-new ballpark Citi Field. The Mets will host the San Diego Padres in the first-ever regular season game at Citi Field. The bailed-out financial giant Citigroup paid 400-million dollars for the naming rights, which, as you might imagine has created some controversy.

Here are the big stories we're following for you today.

RT @tarakangarlou: In my latest for @TIME I give readers a rare look into the "hearts & minds" of the revolutionary forces trained to "kill…
alivelshi

9:22 am ET December 6, 2022 RETWEET
"Strong but not sustainable." twitter.com/EarlyStart/sta…
christineromans