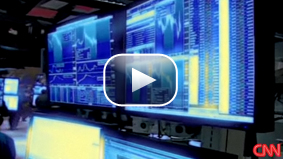 CNN's Carol Costello examines the emotional ups and downs of trading in the stock market.

The recent Wall Street meltdown has everyone scratching their heads—and looking for answers. Some people think the answer may actually be found in the personality and emotions of the people doing the trading.

If you’ve ever seen Eddy Murphy’s movie “Trading Places” you’ve seen what happens on a trading floor when emotions go wild. “You idiot,” says the character Mortimer Duke to his trader as the trading floor erupts with emotion, “get in there and sell, sell!!”

An MIT professor agrees that personality and emotions of traders play a key role in explaining why people end up making bad trades and losing money.

Lo measured physical responses such as heart rate, skin conductance, and body temperature. He found that too much emotion was bad—but so was too little of it. “Traders that were too logical,” he says, “ended up losing money in the same way that traders that were too emotional did.”

What does a real trader think?

We went to the floor of the New York Stock Exchange to ask Jason Weisberg of Seaport Securities, which has been trading at the NYSE for nearly a half century.

“You cannot be a hot head,” says Weisberg. “But you need to know when to turn it off, and if you let emotions cloud your judgment, it’s just like anything, you’re going to make a bad decision.”

Weisberg says the most successful Wall Street traders “have been able to remove emotion from the equation.” But he agrees with Lo that emotion does have some role by driving “your thought process, but when you’re making trading decisions you have to remove it.”

How do fear and greed, the opposite and twin drivers of the market, factor into all of this?

Lo says the emotions of “fear and greed have to be properly balanced in order for the economy to work, and when one is out of balance with the other, we have crisis or we get extended periods of unsustainable prosperity.”

So just maybe the character Gordon Gekko didn’t quite get it right when he delivered that famous line in the film “Wall Street,” “greed, for lack of a better word, is good.”