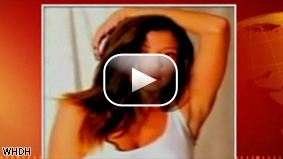 CNN's Jason Carroll reports on an online predator who uses Craigslist to find his victims.

There are new developments in the search for the "craigslist killer."

Police have released a photo of a man who they believe killed a woman, after luring her to a Boston hotel last week. That woman had advertised massages on craigslist, according to police.