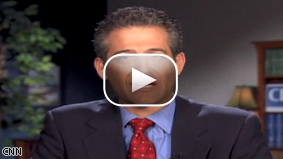 Health officials around the world are working to contain what appears to be a spreading swine flu outbreak. As many as 103 deaths in Mexico are thought to have been caused by swine flu. The United States stepped up preparations for a possible epidemic of the virus after 20 cases were confirmed.

The European Union’s health commissioner Monday called on people to avoid traveling to both Mexico and the United States due to concerns about swine flu. “They should avoid traveling to Mexico or the USA unless it is very urgent for them,” said Andorra Vassiliou.

Dr. Richard Besser, acting director of the Centers for Disease Control and Prevention, told CNN he disagrees with the warning against traveling to the United States. He spoke to John Roberts on CNN’s “American Morning” Monday.

John Roberts: Dr. Besser, you probably heard the warning from the health commissioner of the European Union warning against all nonessential travel to the United States. Given the fact that we've had 20 mild cases in this country, is that a prudent warning?

Richard Besser: It's very important that people look at travel in a situation where there's an outbreak taking place. We've posted recommendations regarding travel to Mexico and notified people about an outbreak taking place there. And we'll continue to look at those. You know, it would be my recommendation to a family member if they had nonessential travel to Mexico that they really reconsider that at this time.

Roberts: The EU health commissioner is warning against travel to the United States. That could have a huge economic impact. Is that the right warning to send at this time?

Besser: I don't think that's warranted. At this point, we've identified 20 cases of swine influenza in this country. Thankfully all of those people have recovered; only one of those people has required hospitalization. We are looking very hard for cases of swine flu. I expect we're going to find some and we'll find some of increasing severity and more of the mild cases. At this point, I would not put a travel restriction or recommendation against coming to the United States.

Roberts: When we look at the history of these outbreaks, epidemics or pandemics, a couple of reference points in history come to mind. There’s 1976, where a small cluster created huge concern and prompted a nationwide vaccination program and then there was 1918 when 20 million people died worldwide. Is there any indication whether this is going to be like 1976 or whether it might be like 1918?

Besser: That's a great question. Every outbreak of disease is unique. And as it progresses we learn more. One of the critical questions is why are we seeing such a different spectrum here in the United States than what they're experiencing in Mexico. We’re in Mexico as part of a tri-national team. We have scientists on the ground who are working with the Mexican government and Canadian government trying to answer that specific question.

Roberts: What is the United States doing to protect and prepare at least for the potential of an epidemic in this country?

Besser: We've been planning for years for the potential of a pandemic, focusing on avian influenza, and that has left us much better prepared than we would have been a decade ago. There are things that have been taking place at the state and local level, but it's very important, some of the points that were made earlier about personal preparedness, what you can do with simple hand washing or use of alcohol hand gels, that can greatly reduce the likelihood that you will get sick.

Roberts: How effective are our antiviral drugs, the ones that are being put out into the system, to potentially combat any epidemic in this country?

Besser: That's an important question. We did see during the seasonal flu season strains that were resistant to oseltamivir or Tamiflu. This strain of swine flu is susceptible, it can be treated with oseltamivir or zanamivir and we will continue to monitor those strains and let people know if there's any change in that. For now, early treatment with those drugs is effective, or we would expect it to be effective. We'll do studies to make sure that what we're saying about effectiveness is correct.