Mary Hebig remembers the day three years ago when she knew she had to quit her job as a scheduler with Gulfstream International Airlines because of worries about the airline’s safety. A flight, whose pilots she had scheduled, had lost one of its two engines. It was the second time in two weeks the plane’s engine had failed and Hebig was certain maintenance had not fixed the engine.

“It was 12 or 1 o’clock in the morning and I was praying that everyone got back safe. And I thought if they get back safe I am out of here. I don’t want to do this any longer here,” said Hebig, “I couldn’t sit there night after night, and I had the evening shift, and watch these pilots come in and know that there was an accident waiting to happen.”

Hebig is one of ten former and current Gulfstream employees who have told CNN of serious safety concerns at the Fort Lauderdale-based airline.

Fort Lauderdale-based Gulfstream operates “Continental Connection” flights to nine cities in Florida, 10 destinations in the Bahamas, and between Cleveland and 5 small cities in Pennsylvania, West Virginia and New York.

Continental Airlines told CNN, "We expect our partners to adhere to the highest safety standards.”

Yet former Gulfstream pilots say their complaints about aircraft safety were sometimes dismissed by mechanics who were pressured to get planes into the sky.

“We would voice concerns to maintenance about systems that were not testing properly and were told by individuals in maintenance that were Gulfstream mechanics to not worry about it, to just go,” said Ken Edwards, a former Gulfstream pilot. “It happened to me more than once. One time it was a fire indication system that was not going to work properly in the air.”

END_OF_DOCUMENT_TOKEN_TO_BE_REPLACED 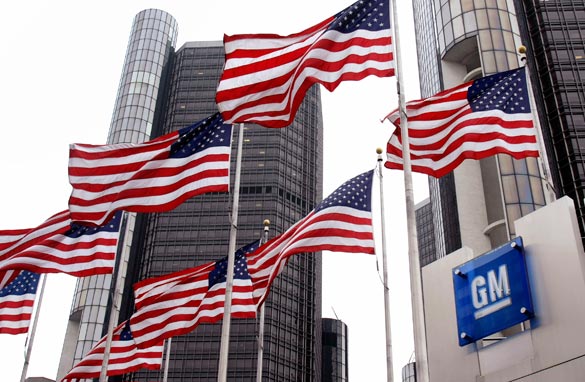 General Motors, the nation's largest automaker, will file a bankruptcy petition at 8 a.m. ET, according to a source with direct knowledge of the proceedings. Getty Images/FILE

8:56 pm ET July 8, 2022 RETWEET
RT @firstladyship: Otedola can support who he wants. He is an elite. Jeff Bezos can even support Tinubu. But on D-Day, those affected by Po…
cnnAM