President Barack Obama speaks about the Chapter 11 bankruptcy filing by General Motors June 1, 2009 from the White House in Washington, DC

The White House says President Obama’s trip to Egypt this week fulfills a campaign pledge. But that may be up for debate.

In October 2007, then candidate Obama said the following in Iowa: “One of the things I’ve proposed is to call a summit in the Muslim world within the first year of my presidency that I would lead and would invite Muslim leaders from all around the world.”

Mr. Obama said roughly the same thing to author Richard Wolffe, who writes about the Muslim summit proposal in his new book, “Renegade.” "If I had a Muslim Summit," Mr. Obama tells Wolffe, "I think that I can speak credibly to them about the fact that I respect their culture."

But the White House says there will be no such summit. Instead, the president will be delivering a speech at one of the region’s most important universities. The White House points to this statement from the president that he made back in August, 2007: “As president, I will lead this effort. In the first 100 days of my administration, I will travel to a major Islamic forum and deliver an address to redefine our struggle. I will make clear that we are not at war with Islam, that we will stand with those who are willing to stand up for their future, and that we need their effort to defeat the prophets of hate and violence.”

Technically, the trip falls after the first 100 days. But who’s counting. 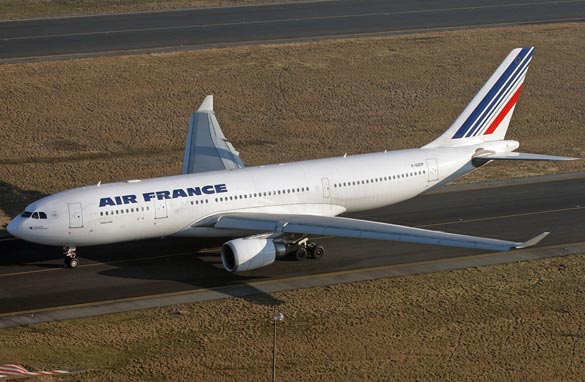 A photo of the Airbus 330 that went missing over the Atlantic early Monday. Courtesy Olivier Corneloup

“We’ve slipped back to the Jim Crow era” on voter suppremsnbc.com/ali-velshi/wat…hMItu@MSNBC@msnbc
alivelshi

10:27 am ET January 21, 2020 RETWEET
RT @EarlyStart: .@julianzelizer on McConnell's impeachment strategy: "He's counting on rushing this and doing it at night when people are n…
christineromans

10:20 am ET January 21, 2020 RETWEET
@raelyn @CalNBC This is perfect. She is perfect and you’ve done an amazing job raising this beautiful, insightful girl.
alivelshi

9:16 am ET January 21, 2020 RETWEET
RT @LaMonicaBuzz: Coronavirus fears spooking the markets. Keep a close eye on US stocks with exposure to China as well as China ADRs listed…
christineromans

8:54 am ET January 21, 2020 RETWEET
RT @NewDay: "Wages have been stagnant for a lot of people... Come to South Carolina and tell people the stock market just hit 29,000 and se…
christineromans