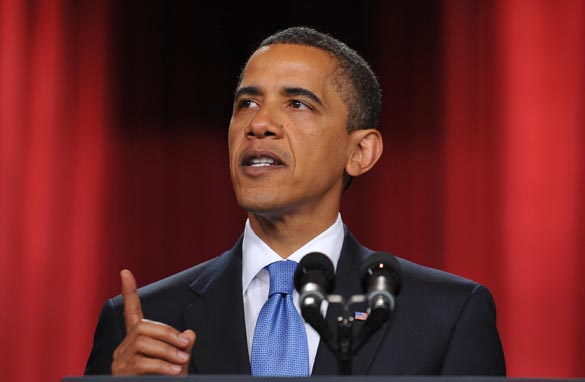 President Barack Obama delivers his highly-anticipated address to the Muslim world on June 4, 2009 in the Grand Hall of Cairo University in Cairo. Getty Images

An important and highly anticipated speech designed to repair relations with the Muslim world – The president has apparently been working right up to the wire. It's a big moment for his presidency and we have a big team with us to break it all down. CNN Senior Political Correspondent Candy Crowley is here with Chief International Correspondent Christiane Amanpour. We're also joined by a panel of foreign policy experts, Republican strategist Ed Rollins, Democratic strategist Lisa Caputo, Fawaz Gerges, Middle East scholar at Sarah Lawrence College and Robin Wright, author of "Dreams and Shadows: The Future of the Middle East." It's a big moment for the White House and we have a big team here with us to give you the best coverage possible.

Tell us your thoughts on President Obama's speech on Twitter @amFIX