Why all the Obama 'czars'?

The word "czar" conjures up the image of one of those all-powerful rulers of Russia many centuries ago.

Think Ivan the Terrible. That's the 16th Century Prince of Moscow who turned Russia into a true nation-state. And as the "Terrible" suggests, this was not exactly one of your touchy-feely, sensitive tsars ("tsar" is the Russian spelling for czar).

So, what do we make of Barack Obama's "czars"?

First off all, there are 21 of them – and counting. No previous president comes close to matching that number.

You get the picture.

Some people don't like it. They think the president is circumventing the Congress by naming special assistants who don't need Senate approval because they work directly for him.

END_OF_DOCUMENT_TOKEN_TO_BE_REPLACED 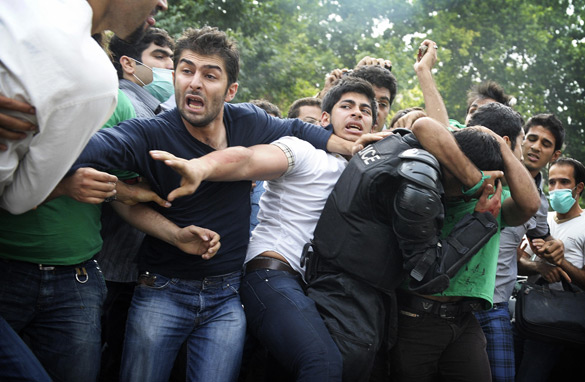 Supporters of defeated Iranian presidential candidate Mir Hossein Mousavi help evacuate an injured riot police officer after he was beaten by demonstrators during a protest in Valiasr Street in Tehran on June 13, 2009. Getty Images

8:35 am ET December 5, 2022 RETWEET
Next Thu 12/15 in #Philadelphia I’ll discuss the fight to save democracy wit@AndrewYangng@JRubinBloggerer &twitter.com/i/web/status/1…muUM
alivelshi