Unlocking the mystery of autism

Tony Williams remembers the moment when he found out his baby Tony Jr. had autism.

“It was just heartbreaking. I sat in the room and cried.”

That was a year and a half ago. Tony Jr. is now almost 3-years-old, but even with early intervention he barely speaks and is prone to tantrums.

His mother Daureena Williams says there are times when she feels lost not knowing what to do.

“There are days when you wake up and he’s just screaming at the top of his lungs from the time he wakes up to the time he goes to bed.”

The Williamses say they’ll do whatever they can to improve the life of their son. A new groundbreaking study may give them that opportunity.

Over the years there have been many theories but nothing definitive about what causes autism, a developmental disorder that affects one in 150 children in the United States. Now researchers are about to embark on one of the largest and most comprehensive studies aimed at finding a cure. The National Institutes of Health and the advocacy group Autism Speaks will fund the study.

Researchers plan to study 1200 pregnant women who already have a child with autism. After the mother gives birth, researchers will then turn their attention to the first three years of the child’s life. Professor Craig Newschaffer of Drexel University is heading up the study.

END_OF_DOCUMENT_TOKEN_TO_BE_REPLACED 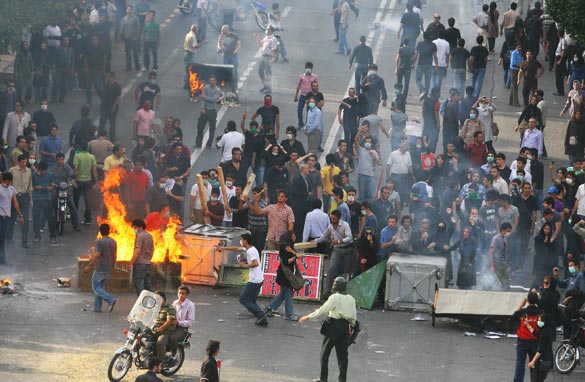 Supporters of Iran's defeated presidential candidate Mir Hossein Mousavi set burning barricades in the streets as they protest during a demonstration on June 20, 2009 in Tehran, Iran. Getty Images

@innosonvehicles Innoson you have declared vawulence on us. Mind ya self. 😁
cnnAM

8:56 pm ET July 8, 2022 RETWEET
RT @firstladyship: Otedola can support who he wants. He is an elite. Jeff Bezos can even support Tinubu. But on D-Day, those affected by Po…
cnnAM