It’s happening in Florida, California, New Jersey and Texas. More and more burned cars are turning up in tow yards these days. These are cars reported stolen from their owners, but law enforcement says it’s the owners themselves who are committing the crimes.

Why? And who's doing it? Prosecutors in Newark, New Jersey have some answers.

“They're all types. But it really is Jane and John Q. Citizen that is doing it,” according to Michael Morris, asst. prosecutor in Newark.

Among the perpetrators, a convicted elementary school principal, and a businessman and a Dallas chiropractor who both plead guilty to attempted insurance fraud.

Driven, investigators say, by economic desperation to commit 'owner give ups'. That's when an owner reports their vehicle stolen, but actually stages the theft and torches the car to collect the insurance money.

END_OF_DOCUMENT_TOKEN_TO_BE_REPLACED

John Walsh leads teens in discussion of sexting and cyberbullying

Press Release: What Every Parent Needs to Know: Cox and Harris Interactive to Present Findings from National Teen Online and Wireless Safety Survey on Sexting and Cyberbullying

ATLANTA, June 22 /PRNewswire/ - For the fourth consecutive year, teens from across the country will gather in Washington, D.C. for the Cox National Teen Summit on Internet and Wireless Safety held in partnership with the National Center for Missing & Exploited Children(R) (NCMEC).

As a part of Cox's Take Charge! program developed to keep kids safer online, America's Most Wanted host and children's advocate John Walsh will guide teen participants from Cox Communications' markets across the country in a discussion of Internet and wireless safety, with a focus on ways parents, guardians and teen mentors can help children be safer online, at home and on the go. Discussion topics include sexting, cyberbullying and parental controls.

Results of a new survey conducted by Cox in conjunction with NCMEC about the behavior of young people online and a recap of the summit will be presented during a virtual media conference on BlogTalkRadio. John Walsh, Harris Interactive and select teens will be available to answer questions. On June 25, the teens will deliver the news directly to Capitol Hill in meetings with members of Congress.

END_OF_DOCUMENT_TOKEN_TO_BE_REPLACED

A file picture taken on June 4, 2009 shows a South Korean conservative activist holding pictures of US journalists Euna Lee (L) and Laura Ling (R) during a rally in Seoul.

WASHINGTON (CNN) - The Swedish ambassador met with two imprisoned American journalists in Pyongyang on Tuesday, a state department spokesman said, their first visit with him since a North Korean court handed down their 12-year sentence.

The spokesman said he could not provide details of the conversation between the Swedish ambassador and Current TV journalists Euna Lee and Laura Ling.

The journalists were apprehended in March near North Korea's border with China and accused of illegally crossing the border and plotting a smear campaign against North Korea. After a closed trial, Lee and Ling were sentenced to 12 years in prison earlier this month.

Also on Tuesday, a statement obtained by CNN from the families of Ling and Lee expressed gratitude that North Korean officials permitted the Swedish ambassador's visit.

END_OF_DOCUMENT_TOKEN_TO_BE_REPLACED

Editor's note: Buzz Aldrin, whose new book is "Magnificent Desolation," was one of the two American astronauts who were the first people to set foot on the moon.

Buzz Aldrin walks on the moon in a photo taken by Neil Armstrong, his colleague on the 1969 mission.

By Buzz Aldrin
Special to CNN

(CNN) - Four decades have passed since the summer of 1969, when Neil Armstrong, Mike Collins and I flew America's first lunar landing mission.

The passage of time has not faded either the memory of that summer or the importance of what we achieved, for our mission was about more than just exploring the moon.

On July 20, 1969, Neil and I were peering out the window of our lunar lander, the Eagle, as it descended toward the lunar surface. The ship's computer was steering us toward a field of boulders the size of cars.

That same computer - with less power than today's pocket calculators - was signaling that it was overworked and dangerously overloaded. Our single tank of fuel was nearly empty as we approached the surface, invisible to us, cloaked in a cloud of swirling dust.

Neil took manual control and flew us toward a smoother terrain. Then, as the shadow of our landing gear appeared etched onto the surface in the gloom, a light on our console flashed that contact had been made.

"Houston, Tranquility Base Here," Neil radioed to the listening world back home. "The Eagle has landed!"

For more than two hours, we explored the moon's dusty surface. We could easily tell that the planet we had landed on was very different from our home. The horizon visibly curved away in the distance, a sign of the moon's much smaller landscape. 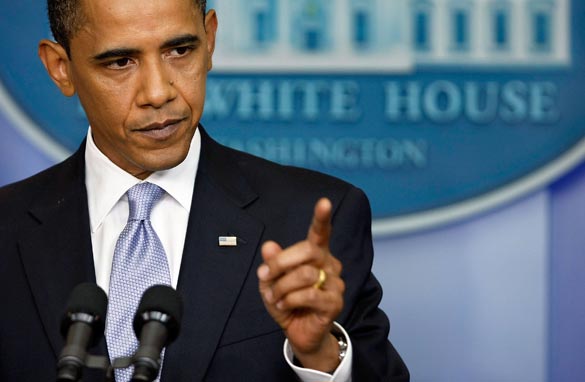