Well, it was a novel idea. "Fly through airport security" was their motto.

The Fly Clear program allowed passengers to bypass often-lengthy airport security lines - for a fee, of course. The price of a year's membership was around $200; with about 250,000 members, we're talking about a revenue stream in the ballpark of $50 million.

As a member, you can imagine my surprise when an email popped up on my BlackBerry at 12:52 a.m. last Tuesday, announcing:

"At 11:00pm PST today, Clear will cease operations. Clear's parent company, Verified Identity Pass, INC. has been unable to negotiate an agreement with its senior creditor to continue operations. After today, Clear lanes will be unavailable."

It just so happened that I was booked on a flight out of Atlanta Tuesday morning and arrived at the airport late, as usual, only to discover the Clear kiosks had already been shut down. Clearly by "today" the company meant they were shutting down "yesterday," Pacific Time, a mere hour and eight minutes after sending out that email.

I wasn't the only one confused. Along with travelers across the country, I relied on airport employees to explain what had happened and point me in the right direction. Even the majority of news networks, including CNN, didn't really touch the story until Wednesday morning.

END_OF_DOCUMENT_TOKEN_TO_BE_REPLACED

If you were given the opportunity to speak with the attorney for Jackson’s doctor, what questions would you have for him? Comment here for follow the story.

END_OF_DOCUMENT_TOKEN_TO_BE_REPLACED 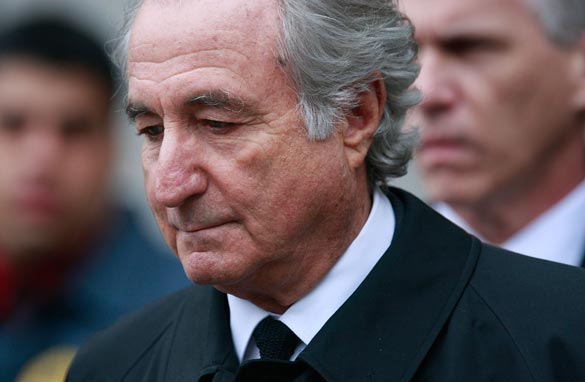 NEW YORK (CNNMoney.com) - A federal judge sentenced Bernard Madoff, the convicted mastermind of the largest and most sweeping Ponzi scheme ever, to the maximum sentence of 150 years in federal court Monday.

Chin, who called Madoff's crimes "extraordinarily evil," said the maximum sentence was important for deterrence, and also for the victims, many of whom erupted into applause after the judge announced the sentence. Many hugged and some of them broke down in tears.

Shortly before he received his sentence, Madoff offered an apology.

"I live in a tormented state for all the pain and suffering I created," he said. "I left a legacy of shame. It is something I will live with for the rest of my life."

Turning to face some of his victims, Madoff addressed them directly: "Saying I'm sorry is not enough. I turn to face you. I know it will not help. I'm sorry."

Bernard Madoff will step into a federal courtroom Monday morning to hear his sentence for running what appears to have been the biggest investment fraud in history.

Allan Chernoff has been covering the Madoff scandal from the start and reports victims who lost virtually everything to Madoff want the court to show no mercy.

There are new questions today about the sudden death of Michael Jackson. What really happened in his final moments before 911 was called to his home? What exact medications was he taking at the time and who prescribed them?

Joe Jackson, Michael's father, spoke publicly on Sunday for the first time since losing his son. He was on the red carpet at the BET awards telling CNN he has a lot of concern and doesn't “like what happened.”

Dr. Conrad Murray, a cardiologist, was there when Michael Jackson went into cardiac arrest. Los Angeles police interviewed Murray for three hours on Saturday along with his lawyer Ed Chernoff. Chernoff spoke to Kiran Chetry on CNN’s “American Morning” Monday.

Kiran Chetry: What was discussed during the meeting with investigators and you and your client?

Chetry: That was a three-hour long meeting. Are there any other meetings with police that they want to have with your client, who they’re saying is not a suspect and it’s not a criminal investigation. They just want to talk to him; maybe figure out exactly what went wrong.

Chetry: Now, was your client, Dr. Murray, aware of what prescriptions Michael Jackson was taking?

END_OF_DOCUMENT_TOKEN_TO_BE_REPLACED

The Capitol has generated some of its own greenhouse gasses over the last few days in the super-heated debate on the energy bill.

It just barely passed the House after the defections of dozens of Democrats. And the House minority leader had at least one choice word to describe the bill...