Doctors and celebrities – Money over ethics?

Michael Jackson rehearses at the Staples Center on June 23, 2009.

Most of us will never feel the healing hand of a concierge doctor.

A CONCIERGE doctor. They’re the ones who devote all or most of their time to a single, very wealthy client. Think Michael Jackson.

On June 15, Dr. Conrad Murray wrote a letter to his patients saying he would “cease practice of medicine indefinitely” due to a “once in a lifetime opportunity.” The sound of opportunity knocking was no less than the "King of Pop," Michael Jackson.

It was Murray who as Jackson’s personal doctor was at his side during the moments when the pop star’s life started to slip away last week. And it is Murray who was questioned by police and who is the subject of much unproven speculation about the role of prescription drugs in the death.

Murray’s lawyer, Edward Chernoff, has vigorously denied that his client prescribed the painkillers Dermerol and Oxycontin to Jackson. He described all of that as “rumors”.

Medical ethicists, while not commenting specifically about Murray, take a very cautionary view towards any doctor who devotes all or most of his time to a single patient.

“It can be intoxicating,” says the University of Pennsylvania’s Art Caplan. “When you’re going to hire yourself out as a solo physician, you’re really tempted to say this is really going to be glamour and this is going to be big money. However the problem is it also means a very demanding patient.”

In other words, it’s hard to say no to that kind of patient.

Caplan: “It’s difficult to be a concierge doctor in the sense in which the temptations to try and please your patient are too great. And I think the temptation is not to listen to your peers and not to have someone looking over your shoulder, which I think is the essential check and balance of good medicine. It’s tempting to be out there on your own egotistically saying, I can handle everything. I think that leads to danger.”

Besides the seduction of being near a celebrity, there’s the challenge of not getting to close to the patient.

Referencing a common saying among doctors, NYU Langone School of Medicine Psychiatrist Vatsal Thakkar told CNN, “We should not treat friends, family, or ourselves...It goes back to setting up situations where we might deviate from the type of care that we provide. And you know, if there is a dual relationship, hypothetically in a situation, that could be a complicating factor.” 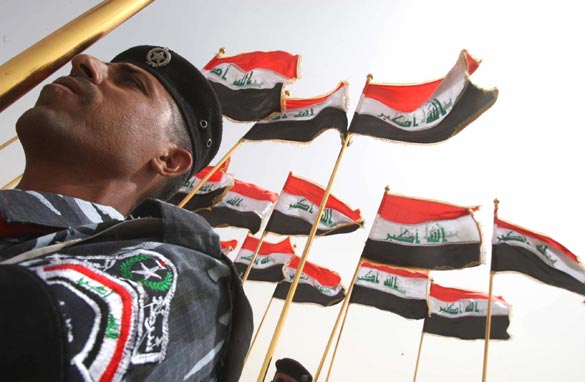 Iraqi soldiers parade to mark the withdrawal of US troops from Iraqi cities and towns across the nation on June 30, 2009, in the city of Karbala, 110 kms south of the capital Baghdad. Getty Images