"In North Carolina, they used stimulus money to hire one new state worker. His job, apply for more stimulus funds from the taxpayers by the way of the federal government." John Boehner on Thursday, July 2nd, 2009 in a Web ad.

Mitch McConnell opposed "legislation to create and protect Kentucky jobs . . . help for the unemployed. . . health care for Kentucky's children," and "fair pay for women," according to the Democratic National Committee on Thursday, July 2nd, 2009 in a television ad.

To achieve health care reform, "I'm going to have all the negotiations around a big table. We'll have doctors and nurses and hospital administrators. Insurance companies, drug companies - they'll get a seat at the table, they just won't be able to buy every chair. But what we will do is, we'll have the negotiations televised on C-SPAN, so that people can see who is making arguments on behalf of their constituents, and who are making arguments on behalf of the drug companies or the insurance companies. And so, that approach, I think is what is going to allow people to stay involved in this process." Sources: Town hall meeting on Aug. 21, 2008, in Chester, Va. 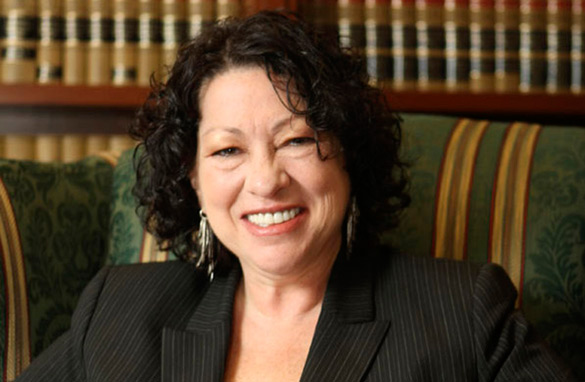 In this handout image provided by The White House on May 26, 2009, Judge Sonia Sotomayor poses for a photograph in 2009. Getty Images

WASHINGTON (CNN) - After weeks of meeting senators and preparing for tough questions, Sonia Sotomayor on Monday begins the formal hearings on her nomination to become the nation's first Hispanic Supreme Court justice.

The Senate Judiciary Committee will start considering whether Sotomayor should be the 111th person to sit on the nation's highest court. If confirmed, she would be the third woman justice.

Sotomayor, 55, received a good-luck telephone call Sunday from President Obama, according to a White House statement.

Obama "complimented the judge for making courtesy calls to 89 senators in which she discussed her adherence to the rule of law throughout her 17 years on the federal bench," the statement said. "The president expressed his confidence that Judge Sotomayor would be confirmed to serve as a justice on the Supreme Court for many years to come."

Democrats who hold a majority in both the Judiciary Committee and the full Senate predict she will easily win approval from both.

Do you support Sotomayor's confirmation? Tell us what you think.