[cnn-photo-caption image= http://i2.cdn.turner.com/cnn/2009/images/08/03/art.aids.ribbon.gi.jpg caption="A new virus is difficult to detect by tests because it is not closely related to the other three HIV variants."]

The three previous HIV variants came from chimpanzees. The new findings indicate that gorillas, in addition to chimpanzees, are likely sources of HIV, the researchers concluded in a report published in the weekly Nature Medicine journal.

The new virus, called RBF 168, was detected in a 62-year-old woman who moved to Paris from the western Africa nation of Cameroon, the report says. She tested positive for HIV in 2004, and researchers led by Jean-Christophe Plantier identified the virus as being closely related to a recently discovered simian immunodeficiency virus (SIV).

The new gorilla virus "has many of the biological properties necessary for human infection," the report says.

"The human case described here does not seem to be an isolated incident, as before coming to Paris the subject had lived in the semiurban area of Yaounde, the capital of Cameroon, and reported no contact with apes or bush meat," the researchers said.

That would indicate that the woman contracted the virus from another human.

If you're like millions of parents you rub sunscreen all over your kids before they head out the door.

But experts are saying you might want to wait because a new study says millions of children and teens are not getting enough vitamin D. Seven out of ten, in fact. And there's more.

"I offered to get his kids into Harvard if he doesn't arrest me anymore," Gates said.

Gates was speaking Sunday at the Martha's Vineyard Book Festival where he signed copies of his book, "In Search of our Roots."

The professor said he plans on meeting with Crowley again. "I offered for the two of us to have lunch together, one-on-one, or go to a Red Sox game, or a Celtics games, or maybe the families can get together for dinner. Why not?"

Gates had a face-to-face meeting and a beer with Crowley at the White House last week, a move orchestrated by President Obama in an attempt to diffuse racial tensions that had erupted following Gates' arrest. Gates called the president's gesture "brilliant."

Crowley arrested Gates on July 16 when the officer responded to a call of a possible home break-in at the Cambridge residence.

Crime rates are falling in big cities across America, even though unemployment is high and it’s summer – two factors that historically are a prescription for trouble. So what's going on?

Alina Cho: Chief Timoney, I want to start with you. As I just said, we're dealing with a bad economy, the dog days of summer, usually a recipe for higher crime. But crime rates are actually falling in major cities across America. What exactly is going on in your estimation?

Chief John Timoney: Well I think it's a myth the whole notion there's a direct correlation between a bad economy and crime. All you have to do is really look at the Great Depression. Crime rates did not skyrocket. Similarly, here over the last year and a half – and we've monitored [it] pretty closely – the assumption is crime is down. So some guy that’s a truck driver one day, loses his job, goes out and commits robberies and burglaries the next day is simply not true. Over the last year and a half at our CompStat crime meetings, we're looking at the people that were arrested for these crimes and it’s the same people. It’s the frequent flyers, guys with 15, 25 prior arrests. If the economy had a direct impact we'd be arresting people for the first time and that's simply not happening.

END_OF_DOCUMENT_TOKEN_TO_BE_REPLACED

It may be the longest chain e-mail we've ever received. A page-by-page analysis of the House health care bill argues that reform will end the health care system as we know it: "Page 29: Admission: your health care will be rationed! ... Page 42: The 'Health Choices Commissioner' will decide health benefits for you. You will have no choice. ... Page 50: All non-US citizens, illegal or not, will be provided with free health care services."

Most of what the e-mail says is wrong. In fact, it's a clearinghouse of bad information circulating around the Web about proposed health care changes, so we thought it would be helpful to address a bunch of its claims.

No free health care for illegal immigrants in the health bill 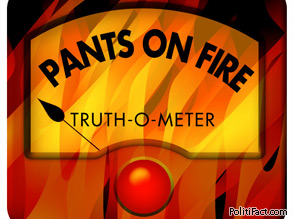 "All non-US citizens, illegal or not, will be provided with free health care services." – Chain e-mail on Tuesday, July 28th, 2009 in a chain e-mail.

One of its most bizarre claims is the one about free health care for non-citizens, "illegal or not."

We read the bill and its legislative summary, and could find nothing about free health care for anyone, much less non-citizens.

To confirm our examination, we turned to Jennifer Tolbert, an independent health care analyst at the Kaiser Family Foundation, a nonpartisan foundation that studies health care reform. Tolbert has read and analyzed all the major health proposals, including those of the Republicans, and the foundation provides point-by-point analyses of the plans on its Web site.

Read more: No free health care for everyone » 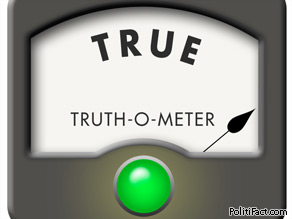 "All private healthcare plans must conform to government rules to participate in a Healthcare Exchange." – Chain e-mail on Tuesday, July 28th, 2009 in a chain e-mail.

To explain this one, we will start with an explanation of the overall bill, which was unveiled July 14, 2009. The bill envisions that everyone will be required to have health insurance. People who get health insurance through work satisfy this requirement right off the bat.

People who don't get insurance through work or other groups will go to the health care exchange; it's designed to help people who have to go off on their own to buy health insurance, and for small businesses with few employees. The reason for the exchange is that the government wants to regulate insurers to make sure that health plans clearly explain what they offer, can't refuse people for pre-existing conditions, and must offer basic levels of service.

Read more: Yes, health insurance companies will have to conform » 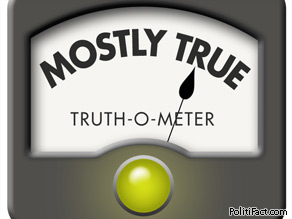 In his nationally televised news conference on July 22, 2009, President Barack Obama cited a dramatic statistic to emphasize the need for health care reform. He said, “If we don't act, 14,000 Americans will continue to lose their health insurance every single day.”

The White House told us the number came from a report published by the Center for American Progress, a liberal think tank, and authored by researchers James Kvaal and Ben Furnas. A chart in the report was headlined, “14,000 People Became Uninsured Every Day in December and January.”

Read more: He's in the ballpark » 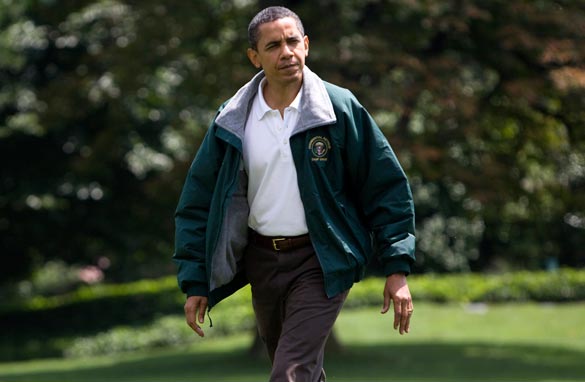 President Barack Obama walks from Marine One upon his return on the South Lawn of the White House August 1, 2009 in Washington, DC. (Getty Images)

Another tough week ahead for the president. The debate on health care reform moves forward in the Senate and there are some big new worries today about unemployment benefits and paying down the debt. The president got his top advisers together this weekend to take stock.

What do you think? What must Obama accomplish in the next 6 months? How would you advise the president?