Obama on Day 200: 'Incline is not as steep,' official says

Programming Note: Have the last 100 days of the Obama administration been days of change or days of frustration? Get the results from YOUR vote. Tonight 8 p.m. ET on CNN.

"It's the second hundred days?" quipped a senior administration official when told about the approaching date.

On reflection, the official was only too willing to take us behind the scenes as he settled back into his desk chair.

Two hundred days in, "the incline on the treadmill is not as steep," the official said, but added, "it's still moving very fast."

Obama has not slowed since coming into office. Restructuring the auto industry, a speech to the Muslim world in Cairo, Egypt, and his big push to get health care reform are just a few of the president's ambitious efforts since the last "Hallmark holiday."

Health care reform has proved to be especially difficult, because the White House isn't just battling Republicans but also fiscally conservative Democrats who are concerned about how to pay for it.

And then there are critics who say Obama should have gotten more involved earlier in the nitty-gritty, instead of relying on Congress to condense several plans into something he could support.

[cnn-photo-caption image= http://i2.cdn.turner.com/cnn/2009/images/08/06/art.paul.cnn.jpg caption="Rand Paul says his career as a political outsider should be a plus for voters."]

"I'm very worried about our country; I'm worried about the debt. I'm worried about what the debt will lead to," Paul said in an interview on CNN's "American Morning" when asked why he's jumping into the political arena. "Both sides of the aisle - Republican and Democrat - have been unwilling and afraid to address the deficit, and someone's got to."

The Kentucky Senate race is particularly high-profile since a seat held by a Republican will now be up for grabs.

Paul is expected to compete in the GOP primary next year with Kentucky Secretary of State Trey Grayson. The winner will face either state Attorney General Jack Conway or Lt. Gov. Daniel Mongiardo, who are seeking the Democratic nomination.

While Grayson is considered the frontrunner in the Republican primary, "Paul will make things interesting for sure," said Al Cross, a veteran political writer in Kentucky and director of the Institute for Rural Journalism and Community Issues at the University of Kentucky.

"Trey Grayson is a very capable person, has a great deal of potential, but he has never really run a high-profile, hardball race, and I think that Paul is going to have the resources and the determination to hold his feet to the fire when it comes to issues," Cross said.

[cnn-photo-caption image= http://i2.cdn.turner.com/cnn/2009/images/08/06/art.cooling.blanket.cnn.jpg caption="Therapeutic hypothermia patients receive a chilled saline solution and are put under a cooling pad or blanket."]

PHILADELPHIA, Pennsylvania (CNN) - Seated on a jetliner, Dr. Mary Gallagher and her husband, Don Dietrich, were about to take off for an anniversary vacation in Puerto Rico. But a glance at her husband of five years set off an alarm - he was gasping for breath. Gallagher, an anesthesiologist, knew the signs: Dietrich was in cardiac arrest.

Gallagher ran to tell the pilot; someone called 911 from a cell phone; another passenger started CPR. Paramedics appeared and then Gallagher made a crucial decision: Even though protocol called for Dietrich to be taken to the nearest hospital, three miles away, she insisted he go twice as far, to the University of Pennsylvania Hospital and its Center for Resuscitation Science.

By the time Dietrich hit the emergency room, he had a weak pulse. At most hospitals, standard treatment is to sit tight and hope for the best. But at UPenn, doctors hooked Dietrich to an intravenous line of chilled saline solution, dropping his body temperature to a cool 91 degrees.

More than 90 percent of people who suffer cardiac arrest, as Dietrich did, end up dying. For more than a decade, there has been evidence that cooling a patient's body - or therapeutic hypothermia - improves those odds. No one quite knows why, but it's thought that the cold reduces the body's need for oxygen and slows the deadly chemical cascade that sets in when oxygen isn't circulating because the heart stopped beating.

Yet, as one 2007 paper put it, "implementation of hypothermia is lousy." In 2006, researchers at the University of Chicago found that just 34 percent of critical care physicians, and just 16 percent of emergency physicians, had ever attempted to use hypothermia to treat cardiac arrest. Makers of cooling equipment say fewer than 300 hospitals, out of more than 6,000 nationwide, have the necessary equipment.

When you hear that the National Guard has been called in, the first thing that comes to mind is – where's the natural disaster? Jefferson County, Alabama isn’t facing a natural disaster; it's facing a fiscal one. Now the sheriff there says he needs help and he’s calling for backup.

Sheriff Mike Hale says there won't be enough cops to patrol the streets in his county and the National Guard may be needed to protect the community. He spoke to Joe Johns on CNN’s “American Morning” Thursday.

Joe Johns: When you look at this thing, the first thing that comes to mind is the county's image. And I wonder if people are speaking to you this morning about whether this is a good PR move so to speak.

Mike Hale: It's not about a PR move. The folks in Jefferson County elected me to keep neighborhoods and communities safe. The only thing I have failed to do is have the local government understand what their first responsibility is – and that's to keep neighborhoods and communities safe. They've broken a contract with the people of Jefferson County and my job and my plan is to make sure that the governor will give us some funds to keep the deputies rolling. And if funds are unavailable, I need some force multipliers to work with my deputy sheriffs to keep this community safe.

END_OF_DOCUMENT_TOKEN_TO_BE_REPLACED

Home alone in a high rise 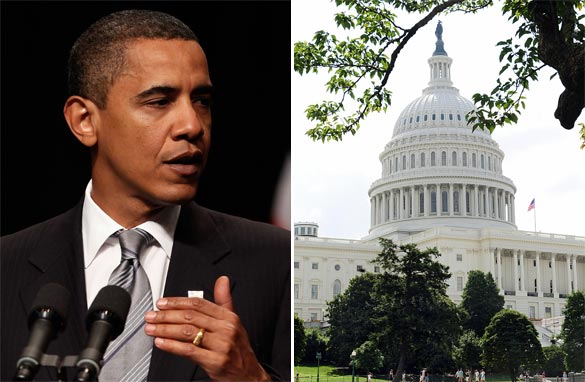 Grade the Obama administration and Congress on how they've handled the second 100 days in office. Vote now on CNN.com and tune in to CNN TV tonight at 8 p.m. ET for the final grades.