Editor's Note: SATs remained the hot topic for Tuesday’s "American Morning" viewers, who did not anticipate such testing to end. Others did not believe testing was an indicator of future success.

How do you feel about ending SATs as a measure for entrance into a university or college? Is there a better indicator for success? What do you think: considering the College Board (the organization that develops the test) is a non-profit organization, are senior executives earning salaries appropriate or excessive?

(CNN) - Relatives of three American hikers detained in Iran are still waiting for news about their loved ones.

[cnn-photo-caption image= http://i2.cdn.turner.com/cnn/2009/US/09/01/iran.us.hikers/art.shourd.afp.gi.jpg caption="Sarah Shourd, seen in a family photo, is one of three American hikers detained in Iran."]

More than a month has passed since Iranian authorities detained Shane Bauer, Sarah Shourd and Josh Fattal after they strayed into Iran - by accident, a friend and relatives say - while hiking in northern Iraq.

Their relatives in the United States have heard nothing about their fate, they said Tuesday on CNN's "American Morning."

"We know they're being detained in Iran. Beyond that, we haven't heard anything from them," said Nora Shourd, the mother of Sarah Shourd.

The waiting takes a toll.

"It's a long time - each hour, each day - to not know under what conditions Josh, Shane and Sarah are being held and if they're OK."

The hikers' relatives said they hope the Iranian government lets Swiss diplomats visit the hikers. The Swiss government represents U.S. interests in Iran. The U.S. and Iran have not had diplomatic relations since the American hostage crisis of 1979.

Nationwide ban on texting while driving?

Recent studies have shown that texting and driving can be a dangerous – even deadly – mix. Now a highway safety group has done a "180" and joined the growing chorus for a nationwide ban on texting while driving. CNN's Jason Carroll reports.

Police in two San Francisco Bay-area cities are investigating whether other disappearances can be linked to the man suspected of keeping Jaycee Dugard captive behind his house for 18 years. One involves Michaela Garecht, who disappeared in 1988 when she was just 9-years-old. Her mother, Sharon Murch, spoke to John Roberts on "American Morning" Tuesday.

Former Pennsylvania Gov. Tom Ridge became the very first secretary of the Department of Homeland Security after the attacks of 9/11. And in his new book, "Test of our Times: America Under Siege… And How We Can Be Safe Again," he opens up about the Bush White House.

The book is generating a lot of heat these days over implications that politics may have played a role in a proposal to raise the terror alert level before the 2004 presidential election.

Tom Ridge joined John Roberts on CNN’s “American Morning” Tuesday. Below is an edited transcript of the interview.

John Roberts: The particular area in the book that's generating a lot of controversy, a lot of conversation, is the part where you talk about in the days after Bin Laden released that videotape, just before the election of 2004, I guess it was five days before, you wrote of that – and this was the discussion of whether or not to raise the terror alert level – you say, “Ashcroft strongly urged an increase in the threat level and was supported by Rumsfeld. There was absolutely no support for that position within our department. None. I wondered, ‘Is this about security or politics?’” Walk us through your thought process when you wrote the book. Why did you even raise the issue of is this about politics or security?

Tom Ridge: Obviously, I'm musing in the book. I'm not speculating about my colleagues' motives, but this is a dramatic weekend. It is a weekend before a national election. This is the only time I really discuss a process that we used throughout my entire time as secretary when we decided…

Roberts: But why did you think it might be about politics?

Ridge: Well, at that time, as the individual who is responsible for the overseeing if we went up in the general threat level, I'm just saying in there, we were universally opposed to raising it in the department. And I'm kind of musing and scratching my head and I've got two people whose opinions I respect immensely, I’m not second guessing them, but I just say in the book, “Is it politics?” Perhaps the sentence should have been in a paragraph later – we wouldn’t be having a conversation. But I just want to make it very clear, I'm not second-guessing my colleagues, because I worked with them every single day.

END_OF_DOCUMENT_TOKEN_TO_BE_REPLACED 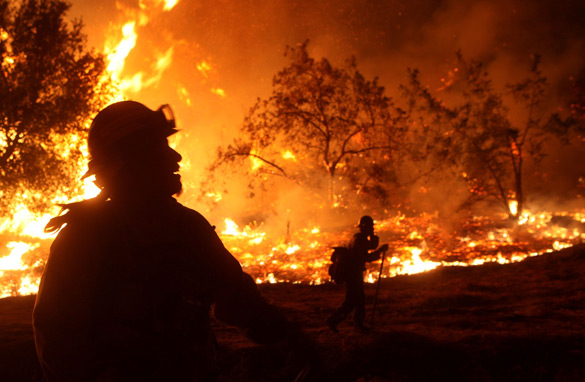