The dream ended last night for 17-year-old tennis star Melanie Oudin, who lost in straight sets to Caroline Wozniacki at the U.S. Open. Oudin joined John Roberts and Carol Costello on CNN’s “American Morning” Thursday to talk about her incredible run. An edited transcript of the interview is below.

John Roberts: Last year was your first U.S. Open appearance. You came in as a wild card. You were out in the first round. What was this year's experience compared to last?

Melanie Oudin: It was so much better. I wanted to get revenge this year, because it was very disappointing losing last year first round.

Roberts: Yeah, you'd been pro for all of four months…what the heck?

Oudin: Yeah. I did much better. And I’m really proud of myself for how I did.

Carol Costello: You were saying before it was a combination of everything that maybe affected your game. Tell us about that, what the pressure has been like on you, with all of the attention that you're getting.

Oudin: It's been hard. It's definitely different than what I'm used to. I'm just used to going out and playing tennis, but these two weeks have been so much more than that. It’s been lots of media and lots of different things happening and people knowing who I am now and just a lot of things, but all in all, it was good for me and it’s a good learning experience.

END_OF_DOCUMENT_TOKEN_TO_BE_REPLACED

President Obama laid out his plan for health care reform in a prime-time speech to Congress last night. How's it playing with rank-and-file Americans? Our Jim Acosta watched the speech with a group of Virginia residents who put the president to the "dial test."

Spies Among Us: Black market bombs

Tomorrow is September 11 – an important time to ask tough questions like this one: Could terrorists get their hands on a weapon that could do even more damage and smuggle it into the US?

CNN's Paula Newton reports in part two of our special series, "Spies Among Us."

Wilson shouts 'you lie' at Obama, then apologizes

WASHINGTON (CNN) - A Republican House member shouted "You lie" during President Obama's health care speech to Congress on Wednesday, and members of both parties condemned the heckling.

After the speech, South Carolina Rep. Joe Wilson issued a statement apologizing for his outburst.

"This evening, I let my emotions get the best of me when listening to the president's remarks regarding the coverage of illegal immigrants in the health care bill," the statement said. "While I disagree with the president's statement, my comments were inappropriate and regrettable. I extend sincere apologies to the president for this lack of civility."

Wilson also called the White House to apologize and spoke with Obama's Chief of Staff Rahm Emanuel, who accepted the apology on the president's behalf, according to a senior administration official.

"We can disagree without being disagreeable," Emanuel said to Wilson, according to the official. "That was the point of the president's speech."

Watch the outburst and the chamber's response 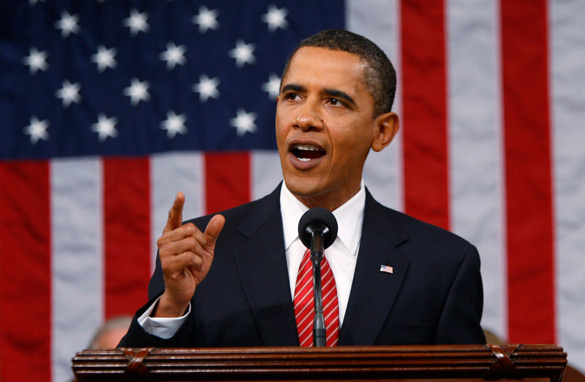 WASHINGTON (CNN) - President Obama told Congress on Wednesday that while he is not the first president to take up the cause of health care reform, "I am determined to be the last."

[cnn-photo-caption image=http://i2.cdn.turner.com/cnn/2009/POLITICS/09/09/obama.speech/art.obama.speech.03.pool.jpg caption= "President Obama told a joint session of Congress that the 'time for bickering' over health care is over."]

In an address to a joint session of Congres Obama presented the most detailed description of his idea of health reform, and at the same time posted an outline of his plan on the White House Web site.

Obama has been criticized as the health care debate has devolved into rancorous town hall meetings and a partisan split over reform plans. Obama has also faced a split in his own party over how to best go about reforming the nation's health care system.

"Well the time for bickering is over. The time for games has passed. Now is the season for action," Obama said. "Now is when we must bring the best ideas of both parties together, and show the American people that we can still do what we were sent here to do. Now is the time to deliver on health care." Read the full story »

What is your reaction to the speech? What do you think of the president's plan? Add a comment below.