UNITED NATIONS (CNN) - President Obama made a forceful call Wednesday for a new era in global relations, urging the United Nations to move past old divisions and disputes to reassert itself as a leading force in confronting the most pressing issues of today. 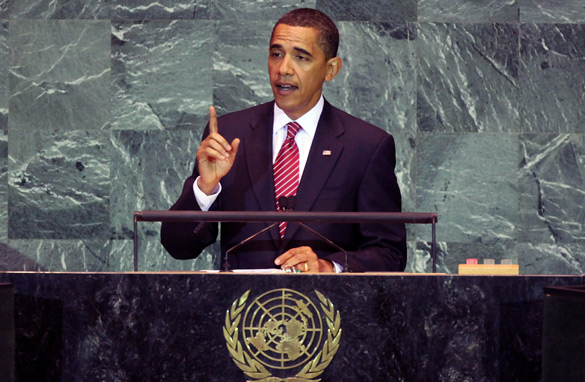 In his first speech as president to the U.N. General Assembly, Obama sought to distance his young administration from unilateral policies of his predecessor, while pledging a U.S. commitment to work with the United Nations in forging a better common future for all.

"The United States stands ready to begin a new chapter of international cooperation - one that recognizes the rights and responsibilities of all nations," Obama said in concluding a speech that received strong applause.

He told the assembly that the world's countries, both individually and collectively as the United Nations, have failed to put aside old ways of thinking and acting as they confront threats to global security and stability.

No one knows if a recession is coming. But a bear market? We're darn close. cnn.com/2022/05/20/inv…
christineromans