(CNN) - NASA is set to launch the world's largest rocket Tuesday, conducting research to help return astronauts to the moon.

The 327-foot rocket, called the Ares I-X, is set to launch at 8 a.m. ET from Kennedy Space Center in Florida, NASA said. The empty rocket will help NASA collect information for future missions. 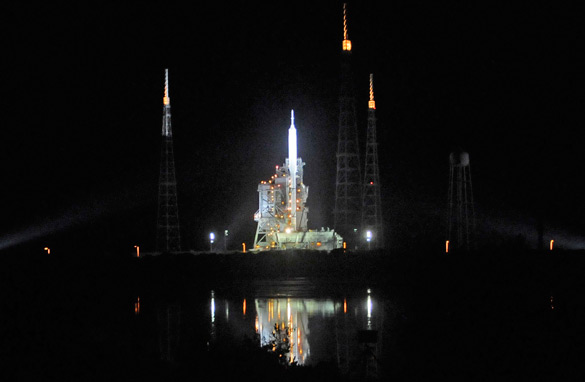 "Ares I-X will bring NASA one step closer to its exploration goals to return to the moon for ambitious exploration," NASA said in statement.

The launch, which NASA is calling a test, is among four test launches of Ares I-X that will go on until 2012.