The earthquake in Haiti is affecting thousands of families here in the U.S desperately trying to reach loved ones. Aaron and Jamie Ivey adopted four-year-old Amos and were in the process of trying to get him out of the country when the earthquake struck. Thankfully, Amos is safe. On Friday's American Morning, Aaron and Jamie Ivey spoke with CNN's Kiran Chetry about their efforts to get their son home.

In Port-au-Prince, getting help to the desperate and dying is proving to be a daunting challenge. The airport is in chaos, nearly paralyzed by the sheer number of supply planes trying to get in and the enormous crowd of people trying to get out. Jason Carroll reports.

How to help: Aid organizations say cash donations are best

It's not just celebrities and big corporations that are giving. Millions of average Americans are donating record amounts, particularly online. The help is desperately needed, but there are people out there who will take advantage of people's generosity. So how can you be sure you're giving to a legitimate organization? Alina Cho is looks at the anatomy of a charity, where your money goes and what it buys once it gets there.

Former President Bill Clinton is the U.N.'s special envoy to Haiti. In an online article he wrote for Time magazine this week, he says he first went to Haiti in 1975 and the nation, its history and its culture have been special to him ever since. President Obama is committing 100 million dollars towards the disaster and has asked the former President Clinton to work with former president George W. Bush and lead America's humanitarian effort. Former president Clinton spoke with CNN's John Roberts Friday.

Looking for loved ones in Haiti

A 7.0-magnitude earthquake struck Tuesday near Port-Au-Prince, Haiti, leaving thousands missing. Are you searching for a family member? Upload his or her photo on ireport.com. 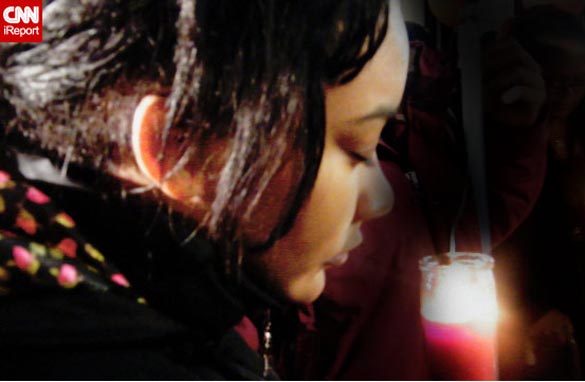 Editor’s note: John P. Avlon is a senior political columnist for The Daily Beast and author of the forthcoming "Wingnuts: How the Lunatic Fringe is Hijacking America." Previously, he served as chief speechwriter for New York City Mayor Rudy Giuliani and was a columnist and associate editor for The New York Sun.

By John Avlon, Special to CNN

Two long-time luminaries of the wingnutsphere resurfaced this week: Pat Robertson on the right and Oliver Stone on the left.

Pat Robertson is no stranger to Biblical interpretations of massive disasters, but with the devastating earthquake in Haiti, he dove in yet again – saying that Haitians had made “a deal with the devil” long ago, implying that this led to the earthquake. Here’s the full quote:

“Something happened a long time ago in Haiti and people might not want to talk about it. They were under the heel of the French...And they got together and swore a pact to the devil. They said, “We will serve you if you get us free from the prince.” True story. And so the devil said, “OK, it’s a deal.” They kicked the French out, the Haitians revolted and got themselves free. But ever since, they have been cursed by one thing after the other, desperately poor.”

The Reverend Robertson is a repeat offender in this regard.  After Hurricane Katrina, he said that the devastation was related to America’s abortion laws and after the attacks of September 11th, he and Jerry Falwell lay blame at the feet of the ACLU and People for the American Way.

In the interest of balance, it’s worth pointing out that Robertson’s charity Operation Blessing International has donated over 1 billion pounds of food and relief supplies over the past twenty years – and they have reported sending a million dollars worth of medication to Haiti.  But Robertson, sadly, wasn’t the only one to try to spin the still unfolding disaster in ugly ways.  Wingnut King Rush Limbaugh declared that President Obama would use the earthquake to boost his credibility with “the light-skinned and dark-skinned black community in this country.”

On the left, Oliver Stone is a great director in my book but he's also a world-class Wingnut.  Fresh off the heels of lionizing Venezuelan dictator Hugo Chavez with a documentary debuted at the Cannes Film Festival, this week he announced that Hitler needs to be seen a more balanced light.

“We can't judge people as only bad or good,” Stone told a conference of television critics this week.  “Hitler is an easy scapegoat throughout history and it's been used cheaply. He's the product of a series of actions. It's cause and effect."

According to Stone, even Stalin sometimes gets an unfair rap.  These international monsters will presumably not be included in his upcoming Showtime series presenting an alternative (read left) history of America.

Wingnuts can’t resist callously projecting their politics on catastrophes both past and present.  Too often we wait for tragedies to unite us – but the devastation in Haiti should remind us of the wisdom that Wingnuts so often deny: what unites us is far greater than those things which divides us.

The opinions expressed in this commentary are solely those of John Avlon.