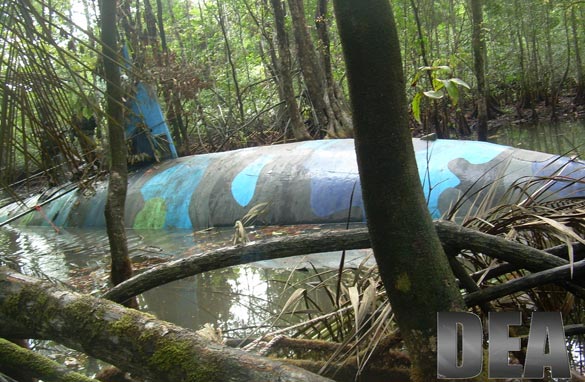 (CNN) – Drug smugglers have used planes, speedboats and even human "mules." Now, DEA agents say they have found in a swamp in Ecuador the first completely submersible drug submarine. Similar vessels found before have only peeked above the surface. This discovery is a sign that traffickers are taking the battle even deeper. Jay Bergman is a regional director for the DEA and oversees all investigations in Columbia and Ecuador. He joined us on Wednesday's American Morning to discuss the implications of the find. Watch

A fully functional submarine built for the primary purpose of transporting massive amounts of cocaine has been seized by Ecuadorean authorities with the help of U.S. drug enforcement agents.

A drug-trafficking organization built the sea-worthy vessel that is now being held near the border of Ecuador and Colombia, and one individual has been taken into custody, authorities said. The investigation into the group and the submarine, which was seized Friday, is ongoing.

"This is the first seizure of a clandestinely constructed fully operational submarine built to facilitate trans-oceanic drug trafficking," the Drug Enforcement Administration said in a statement.

The vessel utilized twin screws and was diesel electric-powered, the agency said. It was about 30 meters (98 feet) long and nearly 3 meters (nine feet) high from the deck plates to the ceiling. It has a periscope and an air-conditioning system.

The submarine was constructed in a "remote jungle environment in an effort to elude law enforcement or military interdiction," the agency said.

Acting on intelligence, Ecuadorean authorities were able to seize the vessel for before its maiden voyage, the statement said.