Google to stay in China 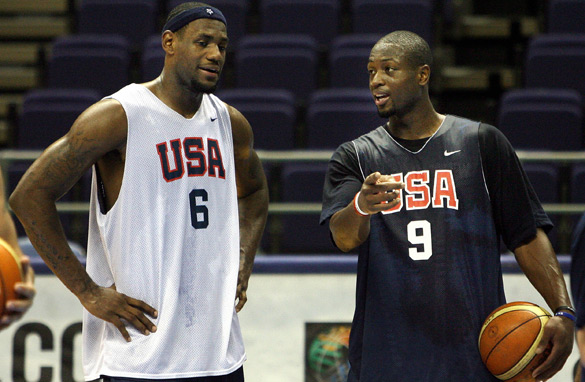 Lebron James says he chose Miami because it gives him the best chance to win an NBA championship, for that, he's counting on help from fellow stars, Dwyane Wade and Chris Bosh. Wade led the heat to an NBA title in 2006 and spoke exclusively to CNN's American Morning Friday.
Watch

There are concerns over the future of President Obama's pick to lead the country's top spy office. Could do delay be a potential risk to the country? Barbara Starr reports.

A plane carrying 10 Russian agents, who were expelled from the United States for intelligence gathering, took off from Vienna, apparently bound for Moscow, Russia, state TV reported.

A separate plane carrying four people convicted of spying for the United States took off from Vienna, too, bound for a destination in the West, according to Russia Today, the state television station.

The elaborately choreographed transfer - reminiscent of a scene from the Cold War - took about an hour, Russian state media reported.

The 10 pleaded guilty in the United States on Thursday for failing to register as foreign agents and were ordered out of the country. They then boarded a U.S.-chartered flight accompanied by U.S. Marshals, a federal law enforcement source said.

(CNN) NBA superstar LeBron James announced Thursday night that he will take his high-priced services to the Miami Heat.

James, who has played forward for the Cleveland Cavaliers all his career, announced his decision during a much-ballyhooed ESPN special entitled "The Decision."

The superstar free agent said a conversation with his mother Thursday morning sealed the deal.

"I think I decided this morning," James said. "Then I talked with my mom. Once I had that conversation with her I think I was set."

James will be playing with shooting guard Dwyane Wade and power forward Chris Bosh in Miami. "We're going to be a really good team."

Late Thursday, Wade showed his excitement about the news. "I look forward to playing alongside LeBron, Chris Bosh and our teammates, and together representing the great city of Miami. There's magic in the number 3," he said.