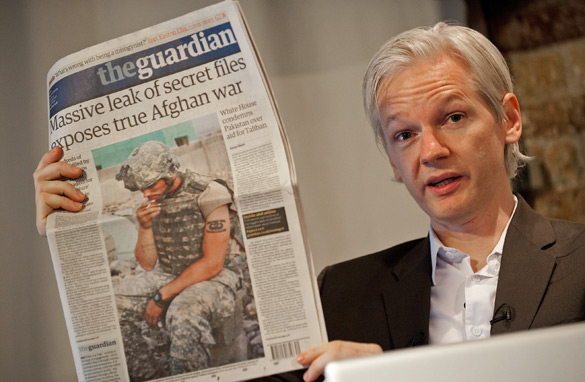 Julian Assange, founder of "WikiLeaks.org," holds up a copy of the Guardian newspaper in London on July 26, 2010. (Getty Images)

(CNN) – There's major fallout today over the leaking of classified documents from the war in Afghanistan to whistle-blower Web site WikiLeaks.org. The Wall Street Journal is reporting that the Pentagon is going after the hard drive belonging to Army Intelligence analyst Bradley Manning, who is already charged with leaking classified information. Our Pentagon correspondent Barbara Starr has the latest. Watch