6:20AM Julia Angwin, Sr. Technology Editor, WSJ.com, on how companies are tracking our moves online.

7:10AM Don Van Nieuwenhuise, Prof. Petroleum Geoscience, Univ. of Houston, on the static kill operation set to start on Tuesday in the Gulf.

7:40AM Andy DeHart, Discovery Channel Shark Advisor, on the sharks spotted off of Cape Cod, and this week's "Shark Week".

8:10AM Brian Gregory, Laid-Off East St. Louis Fire Fighter, on how budget cuts are putting his city in danger.

8:40AM Evan Tracey, President & Founder, Campaign Media Analysis Group, on why he says 2010 will bring the most negative campaign ads in history.

A congressional committee released a stunning report on the use of chemical dispersant in the Gulf, reporting the coast guard approved 74 exemptions allowing BP to use the chemicals during a seven week span. This was after the EPA said the chemicals had to be used sparingly. BP admits pouring 1.8 million gallons of dispersant into the ocean, a number that's being disputed by Congressman Ed Markey of Massachusetts. He spoke to CNN's Kiran Chetry Monday. 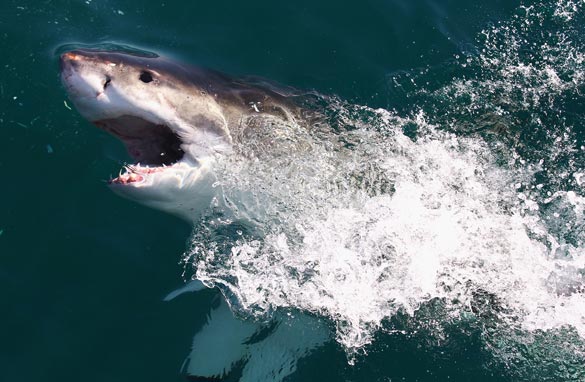 Officials on Cape Cod are proceeding with a bit more caution after great white sharks were spotted just off shore in Chatham, Massachusetts. Five miles of beach have been closed to swimmers. One shark got as close as a hundred yards from people. Chatham harbor master, Stuart Smith joined CNN's American Morning Monday. Watch

The investigation is expanding into the leak of thousands of secret files on the war in Afghanistan, now leading to MIT in Cambridge, Massachusetts. CNN's Barbara Starr reports.

How much damage has been done to the Gulf?

Scientists agree it could take years to gauge the impact crude and dispersant on the Gulf. BP's chief operating officer, Doug Suttles spent some time on the water this weekend. CNN"s Jim Acosta reports what he had to say on the state of the Gulf.

LIVE BLOG: Chat with us during the show

Lamo said both men attend the Massachusetts Institute of Technology, but he refused to identify them because, he said, at least one of them has threatened him. One of these men allegedly told Lamo they gave encryption software to Manning and taught the Army private how to use it, Lamo said.

Manning, an Army intelligence analyst, is being held in solitary confinement at a Virginia detention facility. He is charged with leaking an airstrike video that the whistleblower website WikiLeaks published in April, and Pentagon officials say he is the prime suspect in last week's disclosure of thousands of field reports from the war in Afghanistan to the site.

Lamo claimed both men are working for WikiLeaks. Also, both men are Facebook friends with Lamo and Manning, and at least one continues to post Facebook messages on Lamo's wall, the former hacker said.

Asked for comment about Lamo's allegation that men working for WikiLeaks assisted Manning, WikiLeaks responded in an e-mail: "As a matter of policy, we do not discuss any matters to do with allegations relating to the identity of sources. Read More