Summer of the sharks 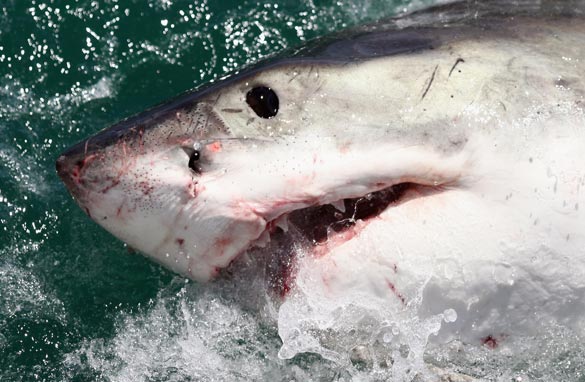 A great white shark is attracted by a lure on October 19, 2009 in Gansbaai, South Africa. (Getty Images)

(CNN) – Some are calling this the "summer of sharks." Great whites have been spotted close to shore on Cape Cod and New Jersey, forcing beaches to close. Andy Dehart is a marine biologist and shark adviser for the Discovery Channel. He joined us on Tuesday's American Morning to explain our fascination with the great white shark. Watch

Video: When to test for high cholesterol levels 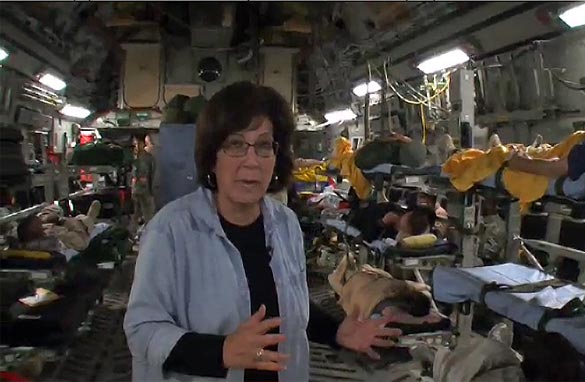 (CNN) – It seems that the more the war in Iraq winds down the deadlier the conflict in Afghanistan becomes. We're losing American lives there every day, sometimes every hour. Thankfully, many of our wounded warriors are now surviving battlefield injuries that would have killed them decades ago. Our Pentagon correspondent Barbara Starr has the story of their journey home in this CNN exclusive report. Watch

The 11 commissioners will vote whether to grant landmark status to 45-47 Park Place. It and an adjoining building are owned by real estate developer Soho Properties which intends to build an Islamic center two blocks north of Ground Zero.

While the public vote has been the focus of much debate about the planned Islamic center and mosque, the commission cannot prevent the developers from building such a community center. The commission, by designating the building a landmark, can only prevent Soho Properties from demolishing the building or significantly altering its exterior.

"We will continue going forward with the project. It's a project that will build bridges," said Oz Sultan, spokesperson for the Cordoba Initiative, the organization behind the planned center that says it is "committed to promoting positive interaction between the Muslim world and the West."

END_OF_DOCUMENT_TOKEN_TO_BE_REPLACED

[cnn-photo-caption image= http://i2.cdn.turner.com/cnn/2010/US/08/03/gulf.oil.spill/t1main.oil.jpg caption= "A key test - to determine whether an effort to seal the ruptured BP oil well in the Gulf of Mexico can proceed - may take place Tuesday, says the company."]

(CNN) – A crucial test - meant to determine whether an effort to seal the ruptured BP oil well in the Gulf of Mexico could proceed - will likely take place Tuesday, according to the company.

The "injectivity" test was initially scheduled for Monday but was delayed because of a small leak, BP said.

Tuesday is also the day the company could also conduct the "static kill," one of two efforts planned to cap the leaking well once and for all.

In the test, "base oil" will be pumped into the ruptured well bore to determine whether it will go back into the reservoir, said Kent Wells, BP's senior vice president. The test will start with pumping one barrel per minute, then two, then three. How much is pumped will depend on how the test goes, Wells said. He added the test is meant to help officials decide whether adjustments need to be made on "how and if" the static kill will proceed.

The static kill would involve pouring mud, possibly followed by cement, into the well from above. The goal is to push all the oil back into the reservoir, and seal the well. Read more

Retirement savings changes up for debate! What it means for you. â@EarlyStartrtâcnn.com/2022/12/07/sucâ€¦ZYhs
christineromans

6:07 pm ET December 8, 2022 RETWEET
Inflation watch: It costs just about $10 less today to fill up an SUV than a month ago. https://t.co/Jsckpuv6bJ
christineromans