(CNN) – Bradley Manning, a 22-year-old U.S. Army private, is suspected of involvement in the largest-ever intelligence leak in American history, is in solitary confinement at Quantico, the Marine Corps base in Virginia. He's facing eight counts of violating U.S. Criminal Code for allegedly leaking a secret military video from the Iraq war that made its way to WikiLeaks.org.

If convicted, he could go to prison until he's a very old man.

People who say they know Manning describe him as naturally adept at computers, smart and opinionated, even brash. Friends and acquaintances paint a picture of a person who, from a young age, couldn't help but get involved when he perceived an injustice. It was a tendency that sometimes sparked confrontation with authority figures and those who disagreed with him, they say.

According to friends and his own writings on the internet, Manning is openly gay. Read more 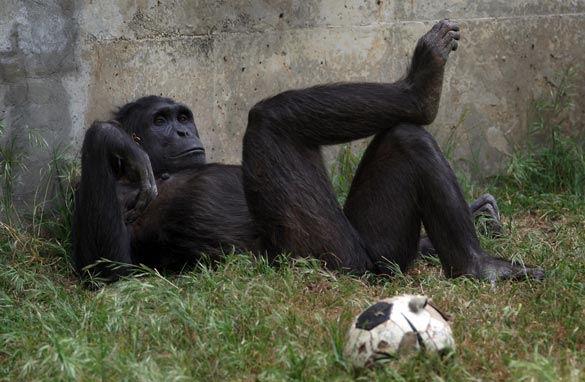 A chimpanzee relaxes at the Safari Park in Ramat Gan near Tel Aviv, Israel. (Getty Images/File)

(CNN) – Our pets sometimes seem to have better lives than us, but would you treat an animal differently if it could think more like you? Reason more like you? TIME magazine is taking a look at the great divide between man and beast and whether we're not that far apart after all. TIME science editor Jeff Kluger joined us on Thursday's American Morning to explain the sliding scale by which animals – from humans to bugs – have the ability to reason. Watch

Video: Is too much baby fat mom's fault? 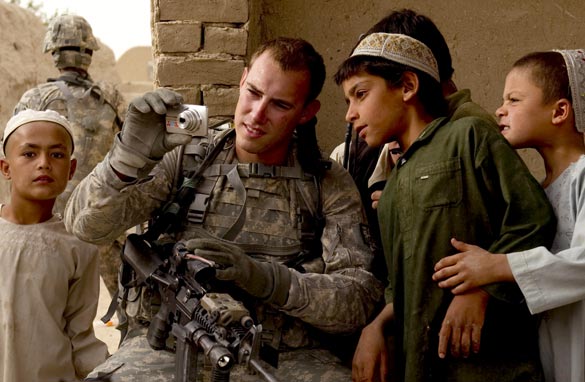 A U.S. soldier shows pictures on his camera to Afghan boys in a village in Kandahar province's Dand district in Afghanistan on July 28, 2010. (Getty Images)

(CNN) – The top general in Afghanistan is offering up new rules of engagement for 150,000 U.S. and coalition troops. The directive from David Petraeus is to limit civilian casualties. The subject has become a major source of tension in Afghanistan. As our Barbara Starr reports, the Taliban is also rolling out a code of conduct for its fighters. Watch

END_OF_DOCUMENT_TOKEN_TO_BE_REPLACED

(CNN) – The U.S. Marshals Service has admitted storing full-body scans of people entering a federal courthouse in Orlando, Florida. The federal agency has more than 35,000 images saved and that's raising new questions about the government scanners being used at airport security checkpoints. Our homeland security correspondent Jeanne Meserve has the report.

Legal battle on same-sex marriage far from over 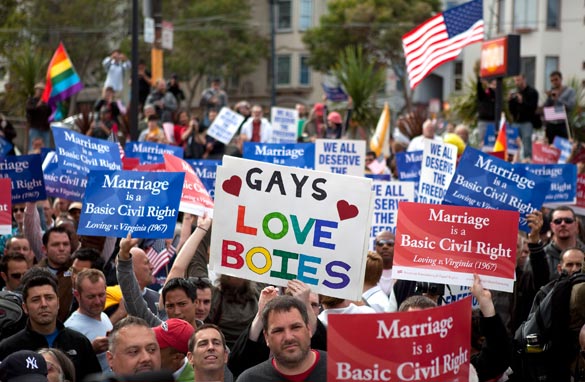 (CNN) – Supporters of same-sex marriage are overjoyed by the overturning of Proposition 8. In a 136-page decision handed down yesterday, a federal judge declared California's ban on gay marriage unconstitutional. While same-sex marriage supporters won this battle, legal experts point out that the war over this divisive issue in California, and across the nation, is far from over. Watch