Do we need more women in politics?

Women make up only 17% of Congress and just 24%of our state houses nationwide. Debbie Walsh, wants more women in politics. She is the director of the Center for American Women and Politics and spoke with CNN's Kiran Chetry about the "2012 project". 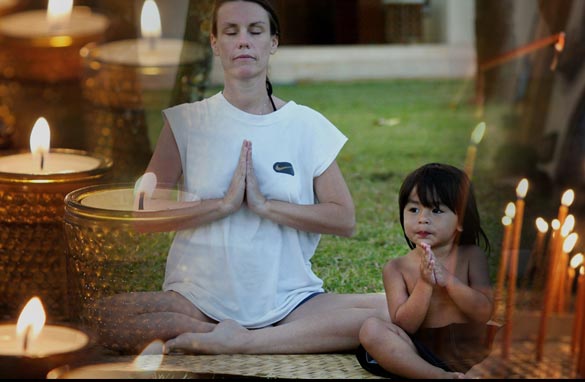 Can meditation help kids? Deepak Chopra, author of The Ultimate Happiness Prescription: 7 keys to Joy and Enlightenment says it has many benefits for toddlers. Watch

LIVE BLOG: Chat with us during the show

New York (CNN) - Police arrested a flight attendant Monday suspected of triggering an emergency escape chute on a plane parked at a JFK Airport terminal, a spokeswoman for the district attorney said.

Steven Slater was arrested at his home and charged with criminal mischief, reckless endangerment and criminal trespass, said Helen Peterson at the Queens District Attorney's Office.

The incident took place just after the Jet Blue flight landed when a passenger stood to remove a bag from the overhead bin while the plane was still taxiing, a law enforcement source with direct knowledge said. A flight attendant exchanged words with the passenger, and the conversation escalated.

Slater picked up the intercom and used expletives directed at the passengers, according to a source with knowledge of the investigation. It is not clear exactly what was said on the intercom. The source said that when the plane at stopped at the gate, Slater then grabbed some beer from the beverage cart before deploying the emergency slide and using it to leave the plane.

"I know the facts that have been related to me - the plane was taxiing in, some passenger got up to take their bag down, the steward - flight attendant - approached, told him to not do that," said Kelly. "He called him an expletive and apparently hit him or pushed him in some way. The story got on the radio based on a statement that 'I've been doing this for twenty years and I'm out of here.'"

"It's a strange way to quit, let's put it that way," he said. "I don't think he'll be able to come back."
END_OF_DOCUMENT_TOKEN_TO_BE_REPLACED