This morning, world banks are now taking steps to support the global financial system as leaders work to come up with a big and bold plan to fix Europe's growing debt problems.

The whole world needs European leaders to get this right, because if the Eurozone fails, there could be dire global consequences.

According to some analysts, if the Eurozone fails: bank lending around the world could freeze; companies won't be able to borrow, pay bills, or hire; stock markets could crash; U.S. exports could collapse.

Many of those analysts also say this could be much worse than the financial crisis in 2008.

Today on American Morning, Harvard University economics professor Kenneth Rogoff explains what has to happen to fix Europe's debt problems, and whether a global economic crisis can be avoided.

Will Silvio Berlusconi resign? Author Niall Ferguson on what went so wrong in Europe

Just as Greece begins to get a handle on its debt crisis, another European country stands on the brink of crisis. There are reports this morning that Italy's Prime Minister Silvio Berlusconi will resign. On Saturday, tens of thousands of demonstrators gathered in Rome to voice their opposition to his government and its reforms. A crucial vote on budget reform measures is expected in Rome Tuesday.

Niall Ferguson, author of "Civilization: The West and the Rest," explains to Christine Romans why Berlusconi needs to step down.

What are the U.S. implications of the eurozone debt crisis? Eurasia Group founder weighs in

All 27 members of the European Union will meet today in Brussels for an emergency summit on the eurozone debt crisis, where they are expected to sign off on a plan to recapitalize euro-zone banks, beef up bailout fund and restructure Greece's debt.

The meeting comes a day after Italian Prime Minister Silvio Berlusconi's government averted a potential crisis over economic reforms after reaching a deal with its main coalition partner about pension reforms.

Ian Bremmer, president and founder of Eurasia Group, joins Ali Velshi on American Morning today to discuss the negotiations and the implications of the eurozone crisis for Americans. 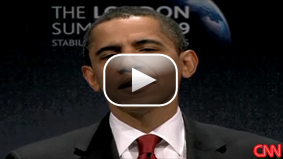 President Obama visited Turkey today. It's the last leg of a trip that also took him to France, where he got NATO allies to share more responsibility for Afghanistan, and to London, where the leaders from around the world tackled the global financial crisis.

So how did the President do?

David Frum is a former presidential speechwriter and founder of newmajority.com. He joined us live.

What do you think? Was President Obama's trip to Europe successful? 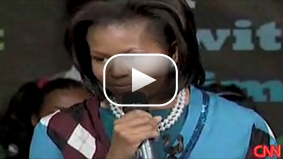 This morning Michelle Obama goes back to being Mommy in Chief. She's at the White House to see her daugthers Sasha and Malia off to school.

But this comes after an extraordinary trip overseas that still has much of Europe talking.

What do you think? What is behind Michelle Obama's popularity overseas? 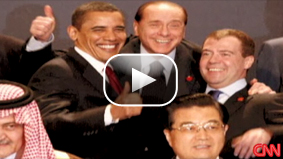