The blaze started Tuesday morning but was later extinguished, Tokyo Electric Power Company said. It was unclear how much radioactive material may have been emitted, or what kind of health threat that could pose.

Glenn Sjoden, Nuclear Engineering Professor at Georgia Tech University, talks to Kiran Chetry and Christine Romans about the potential effects of the blasts.

Hurricane Tomas is battering Haiti this morning with heavy rain and winds as high as 80 miles-an-hour. More than a million earthquake survivors are still living in tent cities and scrambling for shelter. Michael Dockrey is with the International Medical Corps and gave American Morning’s John Roberts the latest from Port –Au-Prince.

6:24AM Jason Erb, Deputy Country Director for Haiti, International Medical Corps, on the recent cholera outbreak in Haiti. Five cases have been confirmed in Port-au-Prince and public health officials are working to keep the country's outbreak from spreading to the Haitian capital, where tens of thousands of people are still living in sprawling tent cities after January's devastating earthquake.  What is his organization doing to help contain the outbreak?

6:40AM Amy Gardner, Staff writer at the Washington Post, on The Washington Post’s revealing results of a months-long canvas of the Tea Party. What are the most surprising findings? What role will the Tea party play in the 2010 midterms and beyond?

7:40AM Hilary Rosen, CNN Political Contributor and Ed Rollins, CNN Senior Political Analyst and Republican Strategist, on the midterm elections. President Obama wrapped up a campaign swing through the West over the weekend, now he's headed to New England. Will his efforts help the Democrats?  Plus, a look at the latest analysis on who will end up controlling the House & Senate.

8:40AM Jack Dorsey, Co-founder of Square and the Inventor and Chairman of Twitter, on his new invention Square. It is a tiny plug-in that turns digital devices into a credit card reader.

E-mail your story ideas and questions to am@CNN.com.

Rebuilding Haiti after the quake 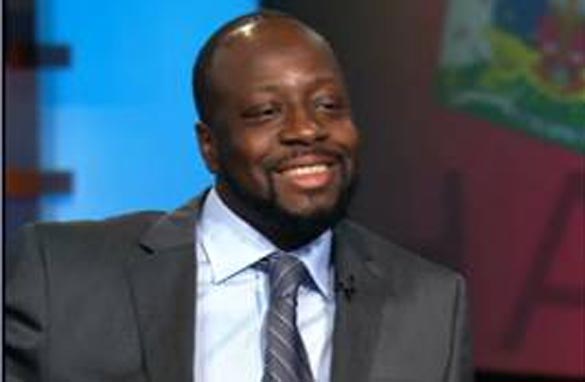 Wyclef Jean is a Grammy winning musician, philanthropist and as of Thursday, candidate for president of Haiti. He spoke about his platform and plans for Haiti on CNN's American Morning Monday. Watch

“We’ve slipped back to the Jim Crow era” on voter suppremsnbc.com/ali-velshi/wat…hMItu@MSNBC@msnbc
alivelshi

10:27 am ET January 21, 2020 RETWEET
RT @EarlyStart: .@julianzelizer on McConnell's impeachment strategy: "He's counting on rushing this and doing it at night when people are n…
christineromans

10:20 am ET January 21, 2020 RETWEET
@raelyn @CalNBC This is perfect. She is perfect and you’ve done an amazing job raising this beautiful, insightful girl.
alivelshi

9:16 am ET January 21, 2020 RETWEET
RT @LaMonicaBuzz: Coronavirus fears spooking the markets. Keep a close eye on US stocks with exposure to China as well as China ADRs listed…
christineromans

8:54 am ET January 21, 2020 RETWEET
RT @NewDay: "Wages have been stagnant for a lot of people... Come to South Carolina and tell people the stock market just hit 29,000 and se…
christineromans