Christmas at the White House is always a lavish affair and a lot of pressure for the First Lady.

Throughout history, they've been responsible for decorating the most famous house in the country and are expected to bring their own style and personal touch. So what does it take to decorate 1600 Pennsylvania Avenue?

This morning on American Morning, Christine Romans talks with Coleen Christian Burke, author of "Christmas with the First Ladies." A White House decorator herself - she helped decorated the White House for First Lady Laura Bush back in 2008, takes us through a look back at White House style secrets and traditions.

Can Obama sell the American people on his jobs speech?

Yesterday, President Obama agreed to move his scheduled special address to a joint session of Congress back one day - from September 7 to September 8 - after Speaker Boehner sent him a letter saying it would be impossible for lawmakers to pass a resolution allowing a joint session in time.

The political showdown has reignited partisan tensions, with Republicans say that scheduling the speech for the original date was a political move timed to coincide with a GOP televised presidential debate and the White House dismissing such accusations.

The White House and lawmakers can't even agree on when to share the Presiden't jobs plan – what does this say about what to expect in the week ahead?

This morning, Kiran Chetry talks with Valerie Jarrett, senior White House adviser, about the White House’s take on the latest “Don’t Ask Don’t Tell” developments. Also, Jarrett weighs in on how the White House is preparing if the GOP takes control of Congress as President Obama hits the campaign trail out West.

Should Gen. McChrystal be fired?

(CNN) – The White House has asked the Pentagon to make a list of possible replacements for General Stanley McChrystal because Obama wants to be ready if he decides to fire the top U.S. commander in Afghanistan, a senior administration official told CNN Wednesday.

McChrystal is unlikely to survive the fallout from the Rolling Stone story, a Pentagon source who has ongoing contacts with the general told CNN earlier.

Michael O'Hanlon is a senior fellow at the Brookings Institution. He joined us on Wednesday's American Morning where he made his case for why the president should keep the general. Watch 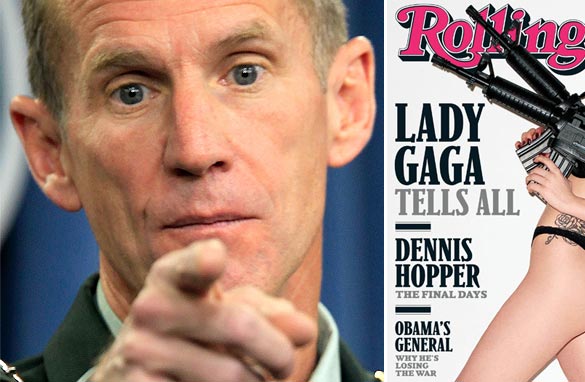 (CNN) – Gen. Stanley McChrystal, America's top military commander in Afghanistan, has been recalled to Washington amid his controversial remarks about colleagues in a Rolling Stone article, officials said. McChrystal was summoned to attend a meeting on Afghanistan and Pakistan in person rather than by video conference, a senior administration official said Tuesday. Our Pentagon correspondent Barbara Starr has the latest. Watch

Memo to the President: Tackling terrorism tougher in 2010

Top officials from five U.S. intelligence agencies believe al-Qaeda is certain to attempt an attack on America by the summer.

And while we've heard plenty of tough talk from the White House when it comes to tackling terrorism, there's a big difference between resolve and results. Our Barbara Starr reports with this memo to the president.